1 of 2 portraits of James Vernon 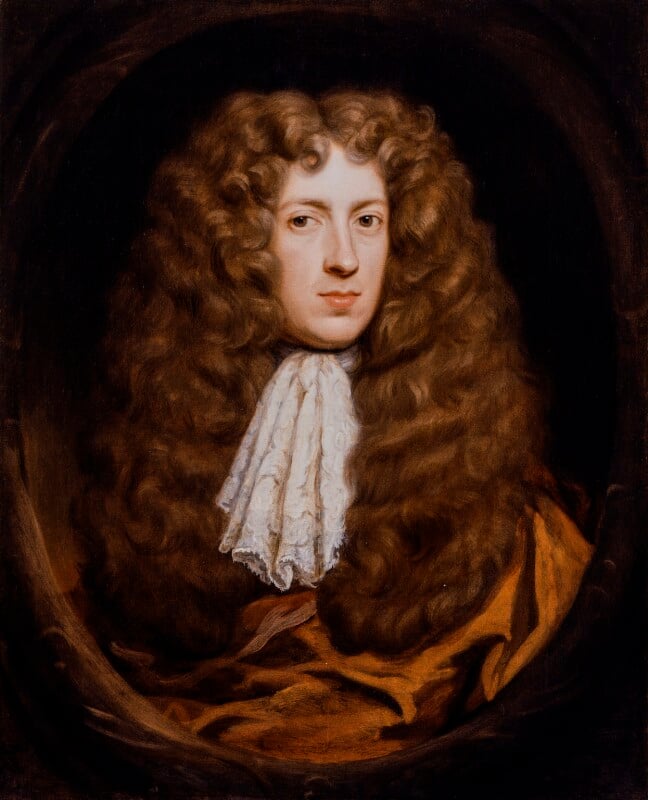 'who was then secretary to the Duke of Monmouth resolvd to have his picture done by this hand. Which when done gave him so much satisfaction that he promisd to show it to the Duke & beg the favour of his Graces picture done by Mr Kneller. In the interim Mr. Vernon Takes a house for Mr Kneller in York Buildings there livd one year & 4 years in Durham Yard.' [1]
In April 1677 Kneller had told his brother at York

'I am doing the portrait of the secretary of the Duke of Monmouth, who is a most amiable gentleman, and he likes 'the beginning so much that I have already begun his wife too … I shall treat him so that he becomes my friend: he can introduce me to courtiers ...' [2]
Kneller’s portrait of Vernon’s wife is now untraced.
Kneller also painted a whole-length of Vernon’s son James c.1691. [3]

1 See NPG 5226.
2 [Sir] Ellis Waterhouse wrote to Adams, 28 July 1938 (letter on file), ‘I have started on the downward path of acquiring pictures … I seem insensibly to be starting on another Fairfax Murray series of 17th century portraits’ [i.e. Charles Fairfax Murray who gave the remarkable series of signed English portraits to the Dulwich Picture Gallery in 1911-17].