4 of 872 portraits matching these criteria: 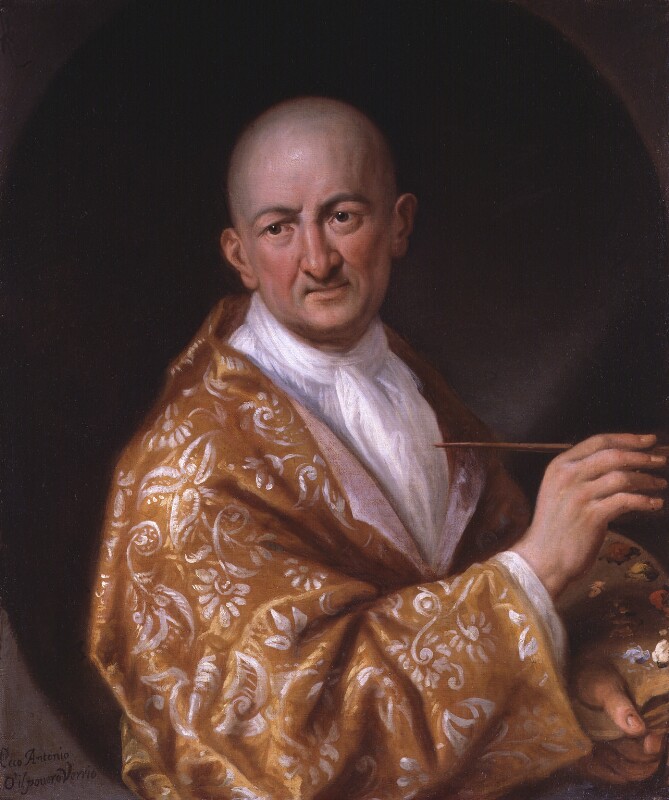 The sitter’s apparent age and the pathetic inscription indicate a late portrait, painted shortly before his blindness in 1704. Croft-Murray believed NPG 2890 was painted c.1704 either by Verrio ‘or by some friend’ and he read the inscription as ‘Cieco Antonio o il povero Verrio’. [1]

1 An inventory of household goods belonging to the gardener Henry Wise at Brompton Park in November 1718 included ‘Seigno Vario’s own piece done by himself’ (D. Green, Henry Wise, 1956, p 216).