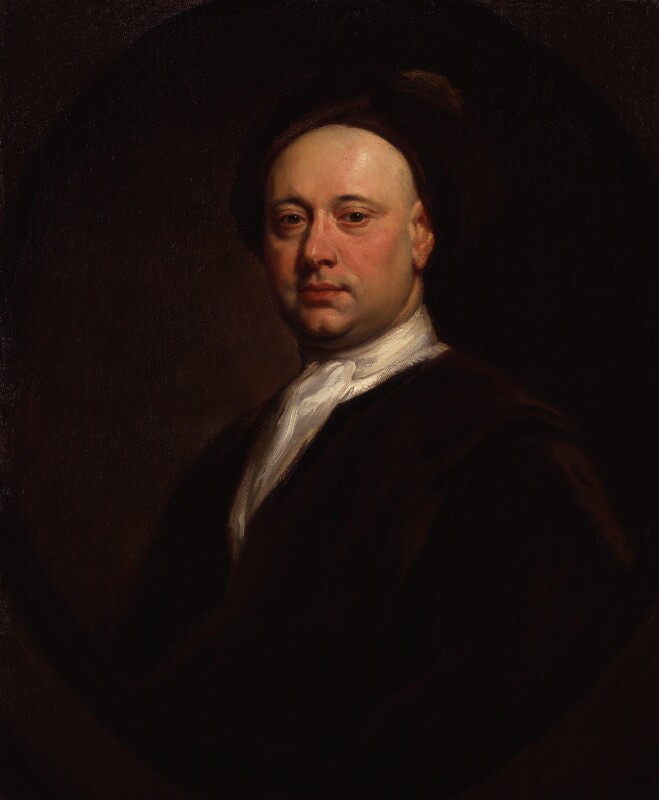 At the back of the canvas was the inscription: Geo. Vertue Engrav., Lond. AEta. L. 1738. [1] now not visible and presumably lost in a subsequent relining.

1) Sir George Scharf, Catalogue of the Pictures Belonging to the Society of Antiquaries, 1865, p 451.

Very probably NPG 576 is the portrait recorded by Vertue in 1733/4. [1] Early printed lists of pictures in the British Museum give age 50, 1733. This may well have been information from the donor, but there has been some confusion about the date, at least since Chambars' engraving of the portrait as age 50, 1738 was published uncorrected by Walpole in his Anecdotes of 1762. [2] It seems unlikely that Vertue or his widow, to whom the portrait belonged in 1762, would have wrongly recorded the facts.

1) G. Vertue, Vertue Note Books (edited by The Earl of Ilchester), Walpole Society, III, p 69, quoted under All Known Portraits. His biographical note on Richardson comes in the same year.
2) Walpole has the date of birth as 1684 in his 'Life of Mr. George Vertue', Anecdotes of Painting in England ... collected by ... George Vertue; digested ... by Horace Walpole, edited J. Dalloway and R. N. Wornum, 1862, p 988.

Surface cleaned and revarnished 1879; cleaned and relined 1895; broadly painted on a twill canvas; a pentiment on the top of his right arm.

Transferred 1879 to the NPG from the British Museum, to whom it had been given by the sitter's widow in 1775.