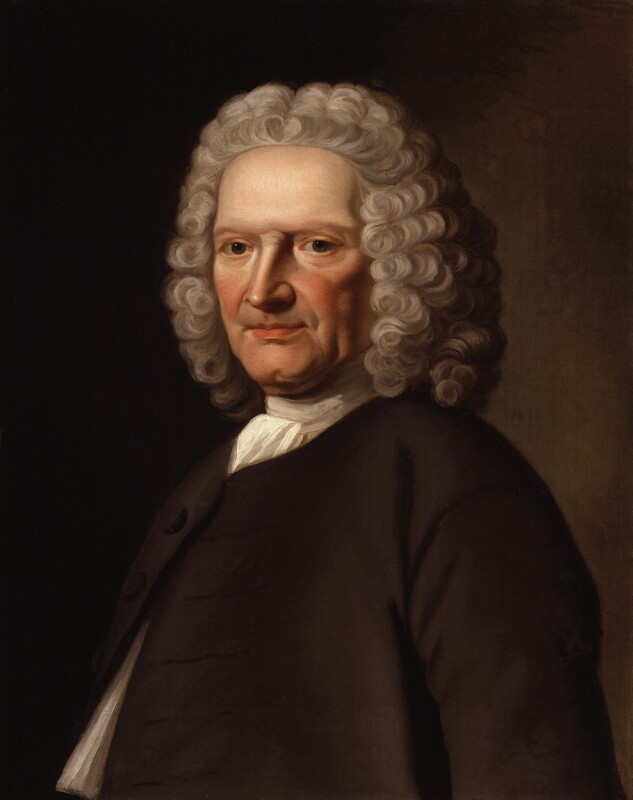 1) Sir George Scharf, Historical and Descriptive Catalogue of the Pictures, Busts & etc. in the National Portrait Gallery, new and enlarged edition, 1888, p 457, gives only the last line of this inscription.

On stylistic grounds, it is possible that NPG 590 was not taken from life, but the painter has not been identified. If not from life, the source could be the Ramsay (see All Known Portraits). The sitter has a fairly aged appearance.

Slight losses along edges. The painting has not been relined, but the original canvas has been laid over a second canvas, surface cleaned and varnished 1879, 1895.

1) The statement in the Dictionary of National Biography, XX, p 778, that an anonymous portrait is in the NPG as well as in the British Museum appears to be a confusion.