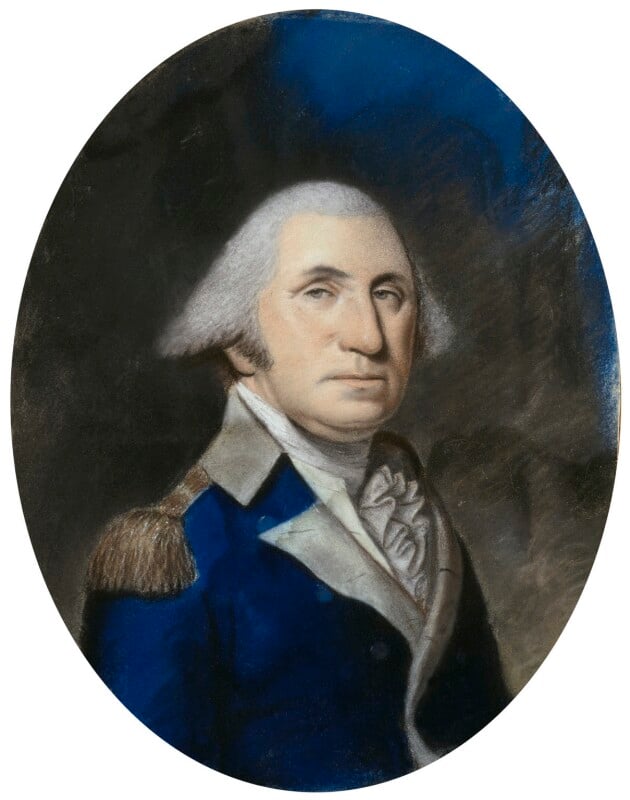 For the Sharples practice, see NPG 174.
The composition approaches that of the miniature of Washington by Walter Robertson, but the cut of the collar (besides the Sharples's movements) confirms a slightly later date. Knox illustrates five copies, [1] of which two are in the Sharples collection in Bristol Art Gallery; [2] another was sold Christie’s, 22 May 1973, lot 84. A pencil copy of the head alone by Ellen Sharples is in a folio of her drawings at Bristol. [3] A half-length version in oils belonged to the Hanover Trust Bank, London, in 1968. [4] The type was engraved by Albert Rosenthal in 1900 from a Sharpless’ pastel Owned in Philadelphia. [5]

Given by the artist to William Russell (1740-1818) of Birmingham;1 by descent to T. H. Russell by whom, with his sister Mrs Alexander Scott, presented, together with a portrait of Joseph Priestley [NPG 2904], 1936.