1 of 18 portraits by Robert Home 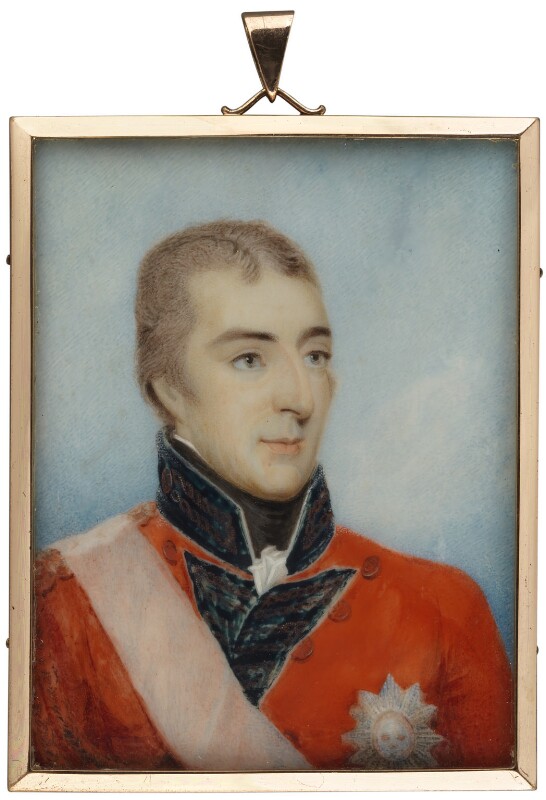 The original label from the back (now in NPG archive) reads: Miniature of the Duke of Wellington on ivory/in scarlet uniform with star & ribbon of the Bath/Presented by his Grace the Late Duke of Wellington to Francis Rose Osborn/2nd Battion Grenadier Guards Servant to Colonel Elise (? Ellis).

The miniature shows the sitter in uniform but wearing only one epaulette which should indicate a date before 1791 - the general order of 30 June 1791 decreed that Light Infantry officers among others should wear two epaulettes. However Wellington in 1791 would have been aged 22, patently absurd for this miniature. The Ribbon and Star of KB (awarded in 1804) have clearly been added later and the miniature appears to be a free variation of one of the 14 portraits by Robert Home.

Given by Wellington to Guardsman Francis Rose Osborn; given to the NPG by Edward Cock 1885.