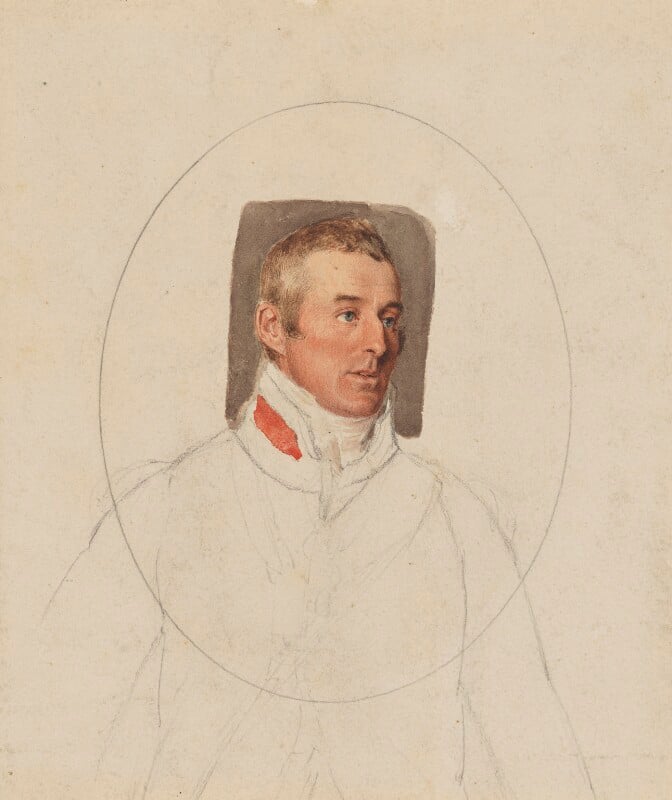 1914(17) and 1914(18) appear startlingly different but basically only in the hair-style. Wellington's close-cropped hair, by 1813 fashionable among young officers, had been noticed by Maria Edgeworth as early as 1 May 1806 in Dublin (Elizabeth Longford, Wellington, I, p 123). The second drawing was developed later into miniatures, a whole-length watercolour portrait, and finally a group of General Wellesley with his Staff Officers (see NPG 4176). The two drawings were considered by his descendant Lord Gerald Wellesley, later 7th Duke of Wellington, to be 'the best record of his actual appearance, not even excepting Goya's drawing, during the period of the Peninsular War' (Wellesley and Steegman, Iconography of the 1st Duke of Wellington, 1935, p xii).