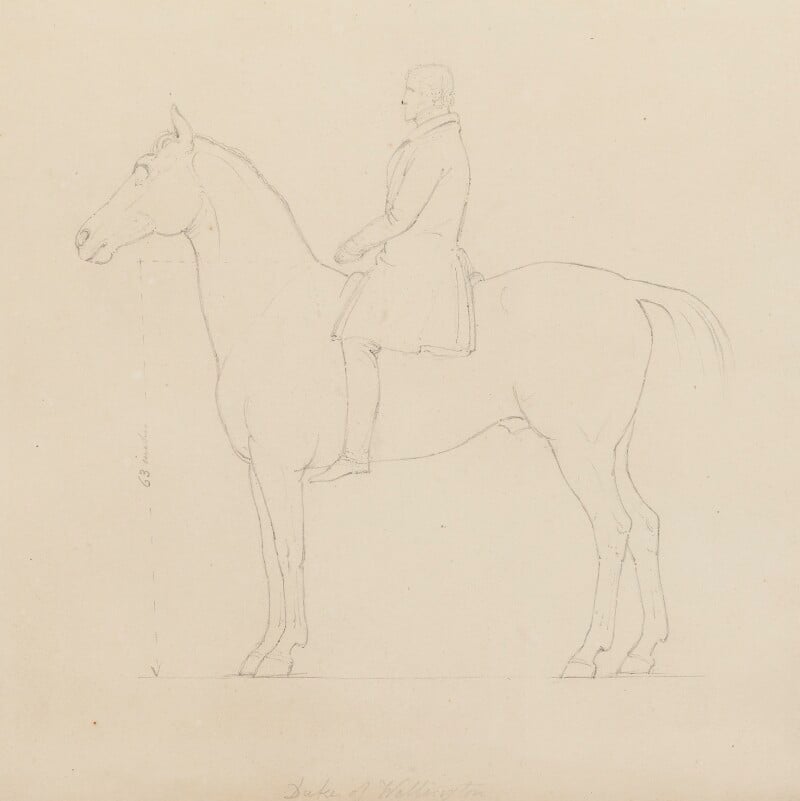 Inscribed: Duke of Wellington and at left to the horse's muzzle: 63 inches