19 of 640 portraits of Arthur Wellesley, 1st Duke of Wellington 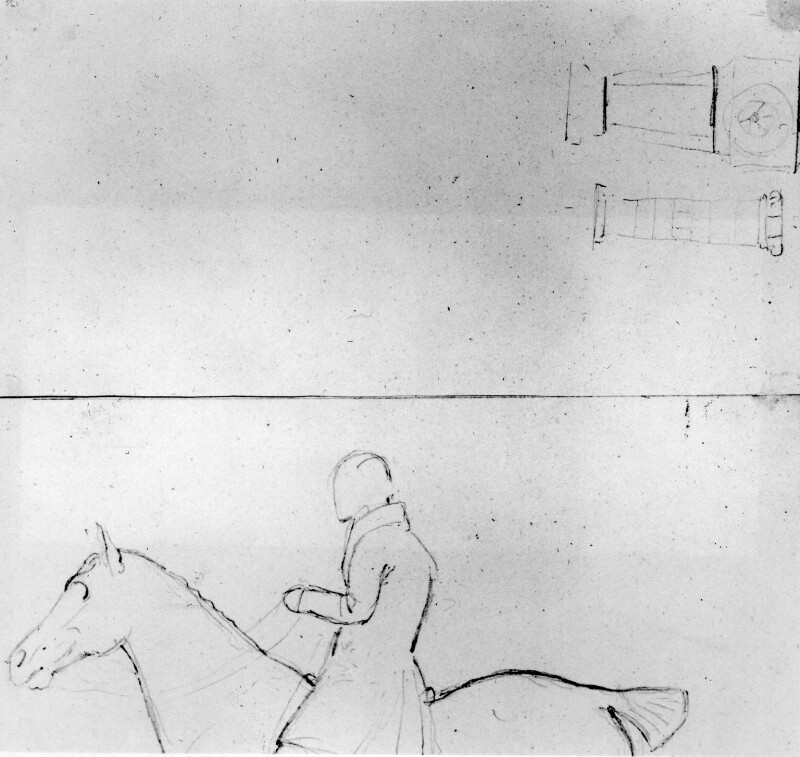 Profile of horse to left, mounted on perspex to show verso with pencil study of part of the Duke equestrian to left and two sketchy pedestal designs.