6 of 43 portraits of Benjamin West 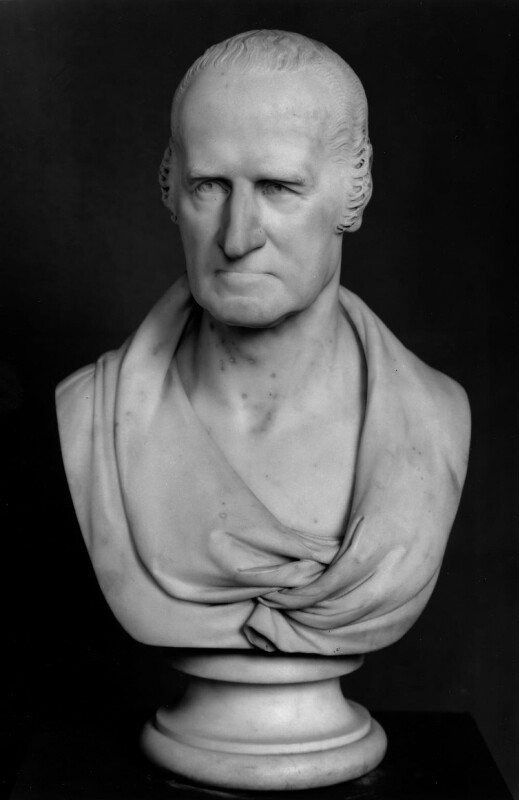 Another marble version, possibly the original though in no way superior to NPG 607, is in the RA collection incised: CHANTREY. SC. 1818 and given as his Diploma Work in 1818; it was exhibited 'Treasures of the Royal Academy', RA, 1963 (232). Chantrey exhibited an earlier plaster model at the RA in 1811 together with those of Horne Tooke and J. R. Smith. Sir Francis Chantrey’s Ledgers of Accounts (p 29) record: Benjamin West's Bust/1817 Recd an order from Sir Simon Clarke Bart. to execute a Marble Bust of Benjamin West PRA/1818 To executing ditto £126.0.0/Recd Payment £126.0.0 FC. The plaster model (damaged) is in the Ashmolean Museum (660-148) and a cast is in the New York Historical Society collection. The profile of Chantrey's bust was used by William Wilson for the Art-Union medal 1866 (example in the NPG Reference Collection).

Commissioned by Sir Simon Clarke; bought by the Trustees from R. Aldworth of Bournemouth 1880.