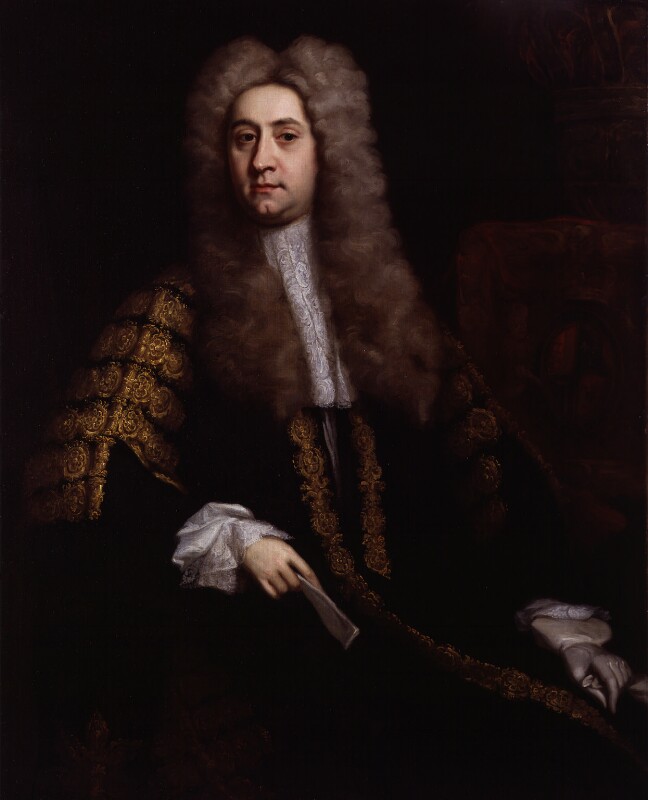 Wearing the robes of lord chancellor of Ireland with his purse beside him. NPG 17 was first received as by Highmore and of Sir William Wyndham, to whom it bears a strong resemblance, but comparison with a version securely identified as West, formerly at the Inner Temple and presented by the sitter’s grand-nephew, Richard Glover MP, [1] led to the present identification.
The original portrait, of which NPG 17 is a version of uneven quality, is apparently that at Mellerstain which is inscribed, bottom left, Richard West Esqr./Richardson p.1725. A version from the collection of Capt. R. D. Franks was sold Christie’s, 1 May 1963, lot 7 (with a companion piece of an unknown lady), and 25 May 1984, lot 155.

1) Last recorded in the Catalogue of Paintings … of the Inner Temple, 1915, p 90. Seen by Scharf in 1867 when called a ‘duplicate of NPG picture. dull & poor’; at the time NPG 17 was still called Wyndham, but Scharf noted the Inner Temple version was called Richard West (Sir George Scharf’s Sketch Books, 80:23) and must have changed the NPG identity then, or soon after.