2 of 102 portraits by John Russell 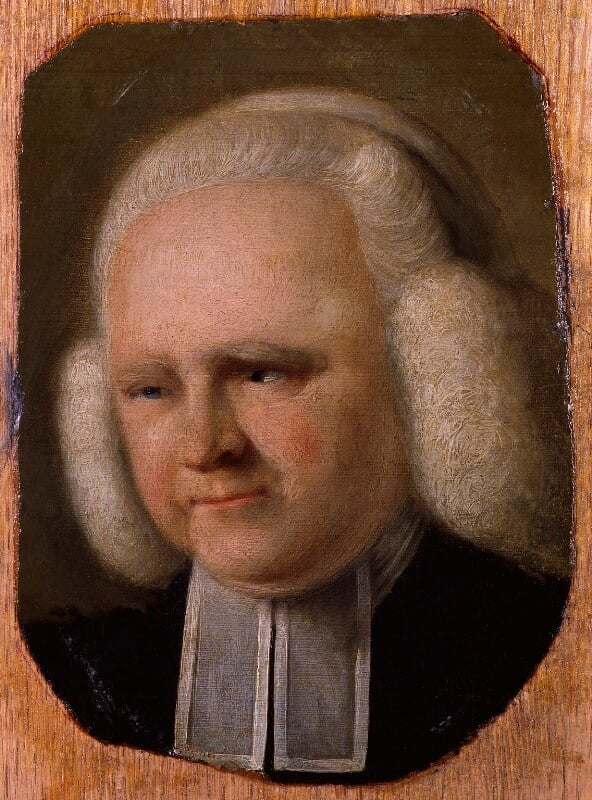 NPG 1792 shows less of the sitter than Trotter's engraving published 7 March 1783, From an original picture in the possession of John Grove Esq. Millbank. Westmr., but has obviously been cut down. It is on a small scale. A 'Mr Groves' is mentioned in Russell's diary, c.1769, but not otherwise identified. [1] The portrait engraved by Trotter is likely to have been a second version. NPG 1792 probably remained in the possession of the artist's family, and is perhaps a study for the whole length portrait engraved by Watson (F. O'Donoghue and Sir Henry M. Hake, Catalogue of Engraved British Portraits ... in the British Museum, 1908-25, 10), which shows Whitefield preaching in Moorfields. This was published in 1772, but no painting is now known. Whitefield was a particular friend of the artist and sat to him 11 May 1770. [2]

Good; mounted on panel on acquisition in 1917; appears to have been cut from a larger canvas.