6 of 142 portraits of King William III 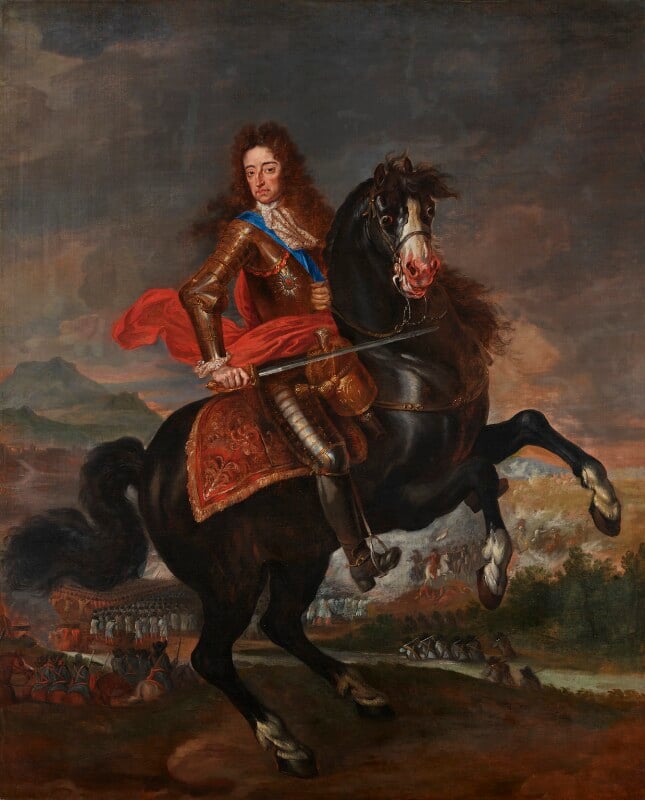 NPG 1026 is a weak version of the large equestrian portrait of William III now in a Dutch private collection, last exhibited in 1964 attributed to Jan van Wijck. [1] Piper rejected this attribution and Staring tentatively attributed it to Jan van Huchtenburgh. The portraits are almost the same size, with the King and horse in almost identical positions, but NPG 1026 shows the King’s right arm lowered to reveal the Garter badge and ribbon on the wrong side of his breastplate (as if copied from an engraving), the head relating more closely to the Kneller coronation portrait of 1690, and the horse wilder-eyed. The background action, showing troops fording a river with distant hills on the left, may be meant to refer to the battle of the Boyne of 1690.

1 Press magnate, collector and Chairman of the Dulwich Picture Gallery 1908-19.