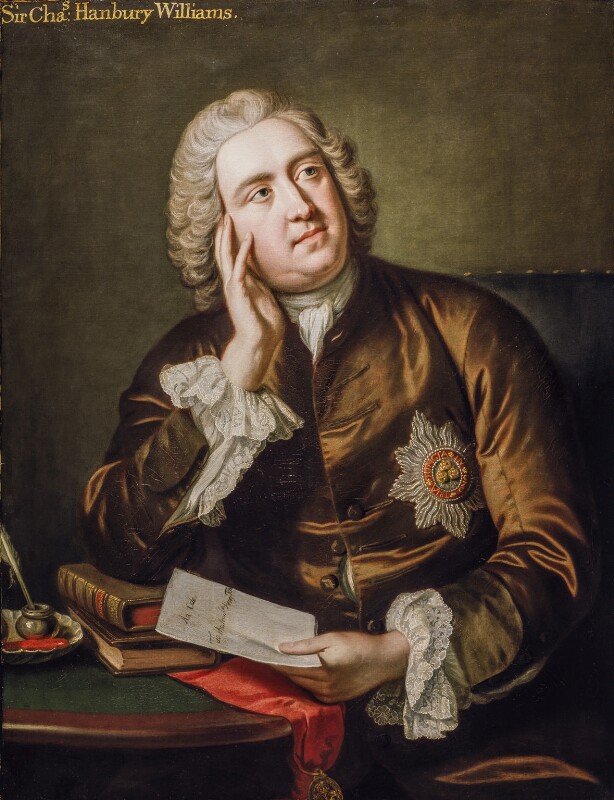 Scharf wrongly attributed NPG 383 to Mengs. [1] Several portraits of this type have been recorded, some the same size, others approximately half life-size. [2] One of the smaller portraits, which belonged to Horace Walpole, [3] is known to have been painted by Eccardt in 1746; [4] hence the attribution and dating of NPG 383. Others of this type include one damaged by enemy action 1939-45, which belongs to Lady Hanbury Williams. Another was engraved by Harding in 1800 when it belonged to the Rev. Duncan Davies of Monmouth. In all the known portraits of this type except NPG 383 the paper in the sitter's hand is inscribed Isabella. or the Morning, the title of Williams' verses on the Duchess of Manchester, which appeared in 1740. 'The Ode to the Right Hon. Henry Fox', which alludes unflatteringly to the Duchess's marriage to Edward Hussey, was published in 1746.

A large V-shaped tear above the right hand has been restored; small retouched patch beneath the right cuff.

A primitive engraving of NPG 383 forms the frontispiece to the second volume of Williams' Works, 1822.