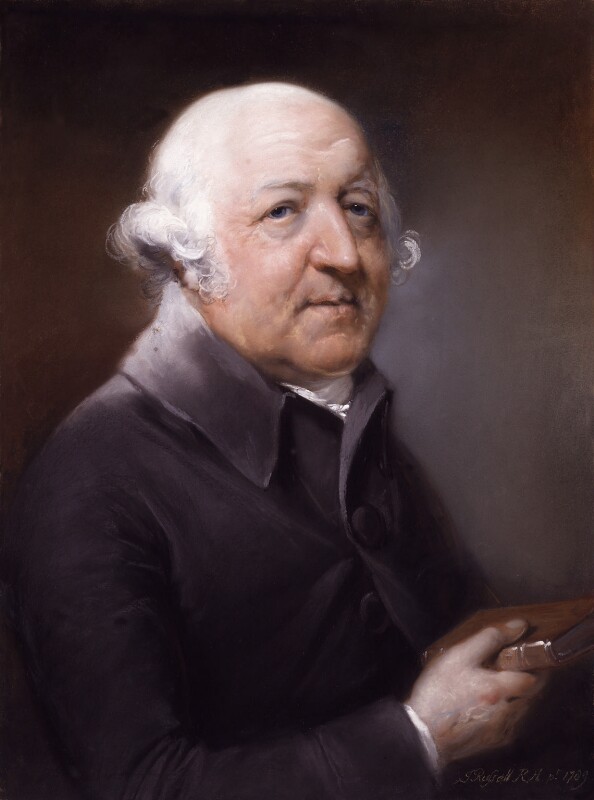 A vigorous pastel of Willis in his hour of triumph. On 26 February 1789 the doctors’ report from Kew described ‘an entire cessation of his Majesty’s illness’ and on 10 March Parliament sent an address of congratulation to the King on his recovery. The RA exhibition, which opened on 27 April, included three portraits of Willis (NPG 2186, and miniatures by Nixon and Bowyer) and Willis meanwhile had commissioned a medal to celebrate his achievement.
A less lively version was sold Sotheby’s, 21 March 2002, lot 102 (possibly the copy or replica of NPG 2186 reported in a Canadian private collection in 1939). A half-length squared-up pencil copy by Henry Bone 1807, presumably preparatory for an untraced enamel, is in the NPG Bone albums. [1]
Willis owned Russell pastels of his wife and four sons all dated 1789 [2].

By descent from the sitter to Dr Francis Willis (d. 1906) of Braceborough, Lincs.;1 the Trustees of his Will, from whom purchased 1928.