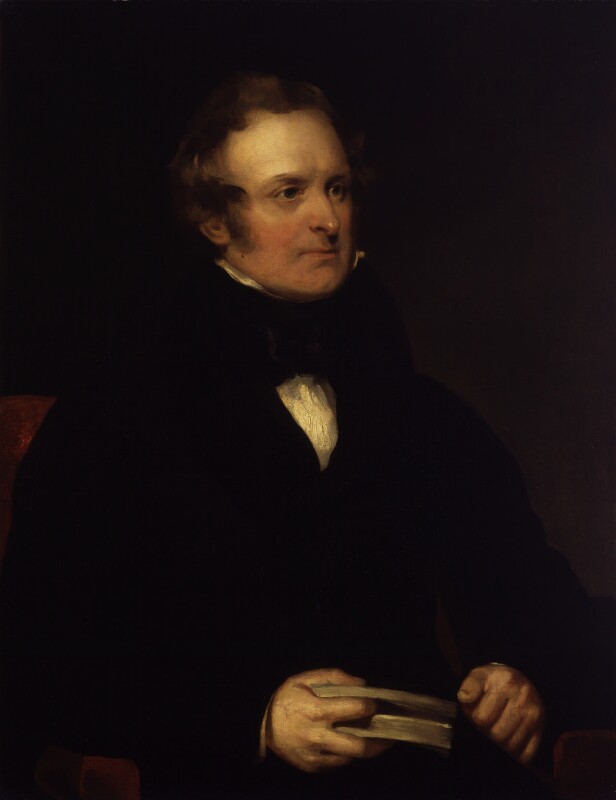 Another version of this portrait, in the Scottish NPG (646), is signed and dated 1829 and was acquired in 1906. NPG 187 has no inscription and is probably the original study kept by the artist as a model. It was in the studio at his death in 1864 and was given to the Gallery by his brother in 1865. It appears in the NPG 1888 Catalogue as 'painted in 1833', presumably based on the publication date of Dawe's mezzotint.
Watson Gordon painted a later portrait of Professor Wilson, exhibited RA 1851 (50) and commissioned by the publishers of Blackwood's Magazine to which 'Christopher North' was an original contributor and mainstay. It is still with Messrs Blackwood & Sons Edinburgh and shows the Professor seated to right with his arms crossed and right hand on walking-stick. The earlier portrait shows him clean-shaven with a short elegant haircut; the later one with shaggy hair and the 'Newgate frill' which became a fashion after 1840.