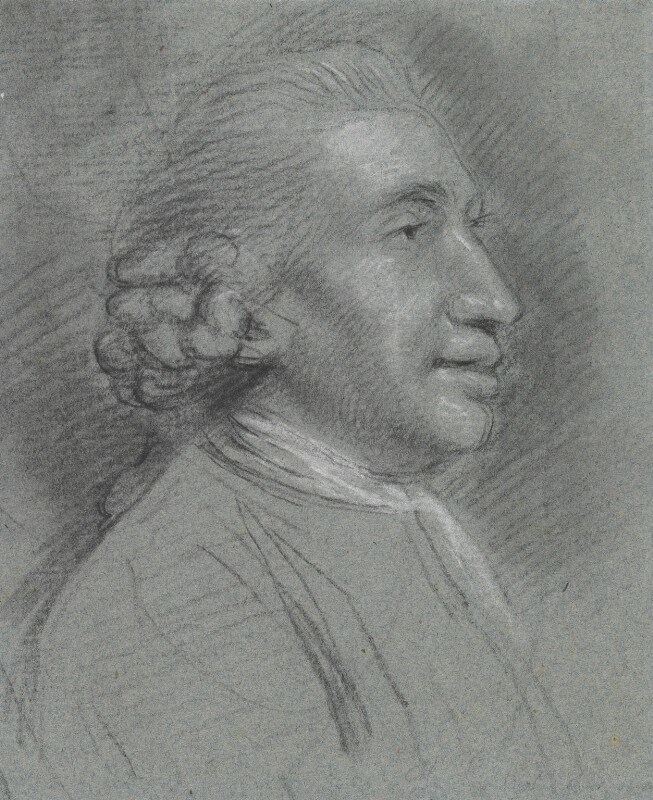 Verso: an inscription in a contemporary hand Joseph Wilton/RA; the fragment of a chalk drawing of the shoulders of a dark-haired nude figure with the inscription Julia, and the Ingram collector’s marque above a small A.

Sold in 1952 with pencil heads of other Academicians - Charles Catton, Tan che-qua (a visiting Chinese painter), Dr William Hunter, Joseph Nollekens, John Richards, Benjamin West and Richard Yeo - of which those of Hunter and Catton carried a slightly later inscription saying they had been drawn while they were standing to Zoffany [1] for his Royal Academicians completed in 1772. All were then said to be by Grignion (aged twenty in 1772), a feasible but unproven attribution.

1) As recorded by Sir Oliver Millar, The Later Georgian Pictures in the Collection of her Majesty The Queen, 1969, no.1210. A note from the old mount of NPG 4314, presumably by Bruce Ingram, repeats this statement, adding that other drawings ‘from this series are in the possession of the Ashmolean Museum, Gilbert Davis Esq, Iolo Williams Esq, and the Hunterian Society Glasgow’.