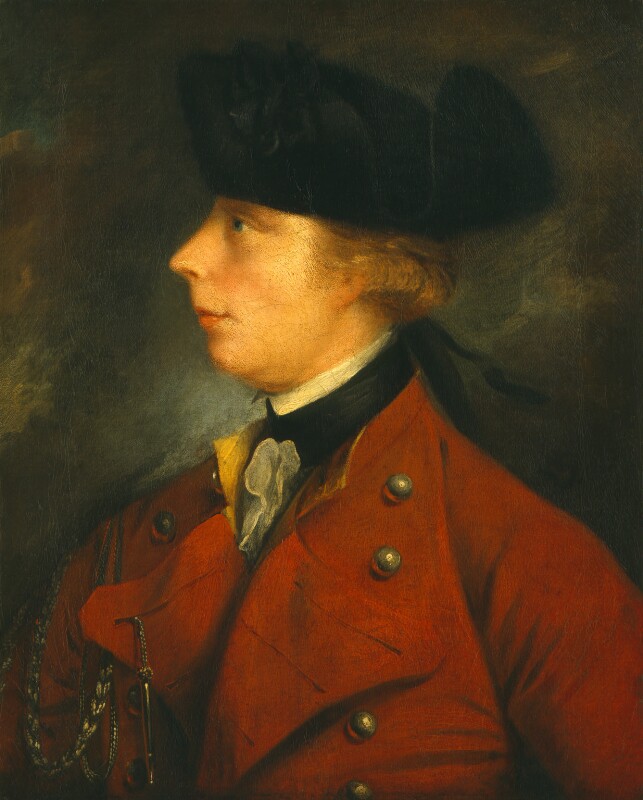 Attribution rests on the head and shoulders engraving in oval frame by R. Houston lettered J.S.C. Schaak Pinxt. (J. Chaloner Smith, British Mezzotinto Portraits, 1878-83, 128). Published not later than 1767, [1] it shows the sitter hatless, at slightly greater length than in NPG 48 and with crêpe on his left sleeve. [2] Schaak's connection with Wolfe is more firmly established, however, by the small whole length portraits, one of which was presumably the 'small whole length of General Wolfe' exhibited at the Free Society of Artists, 1762 (13). This type, also engraved by Houston (J. Chaloner Smith, British Mezzotinto Portraits, 1878-83, 127), is lettered in the first state Hery Smith Esqr Delin. I.S.C.Schaak Pinx. but in the second state Hery-Pinx has been erased and replaced by From an Original picture in the Possession of Hery. Smith Esqr. [3] A portrait of the type formerly in the Duke of Richmond's collection at Goodwood [4] was signed and dated 1766, and another, of the same size as the engraving and perhaps related to it, was at Sotheby's as by 'Phillips', 23 March 1966, lot 55, from the Fletcher of Saltoun collection. On the back a manuscript note reading Gen. Wolfe presented by himself to Gen. Henry Fletcher [5] has been accepted as evidence that it was painted in Canada. There is no proof, however, that Schaak was ever there.
A stylistic comparison of NPG 48 with Schaak's portrait of Charles Churchill (q.v.) is convincing. An x-radiograph [6] reveals that the artist abandoned a three-quarter face to the left, probably of the same sitter, with the direction of the eye altered in favour of the profile. The earlier design shows a coat with pointed lapels.

Two small repairs in the background above his left shoulder; cleaned 1895.

Presented, 1858, by Leopold I, King of the Belgians, possibly from the collection of his first wife, [1] Princess Charlotte (1796-1817); earlier history unknown.