2 of 7 portraits by Joseph Wilton 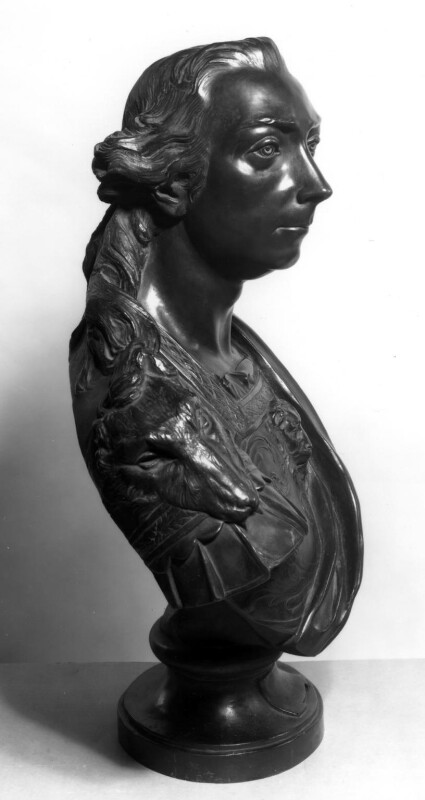 Similar to NPG 4415 but without a gorget, the bust is one of a small modern edition cast in bronze for the donor from a plaster purchased from the grandson of the Rev. Richard Board, vicar of Westerham, 1792-1859. Another cast was presented by the donor to Quebec House. The plaster from which these were cast is in the Public Archives of Canada, Ottawa.