2 of 14 portraits of Sir Christopher Wren 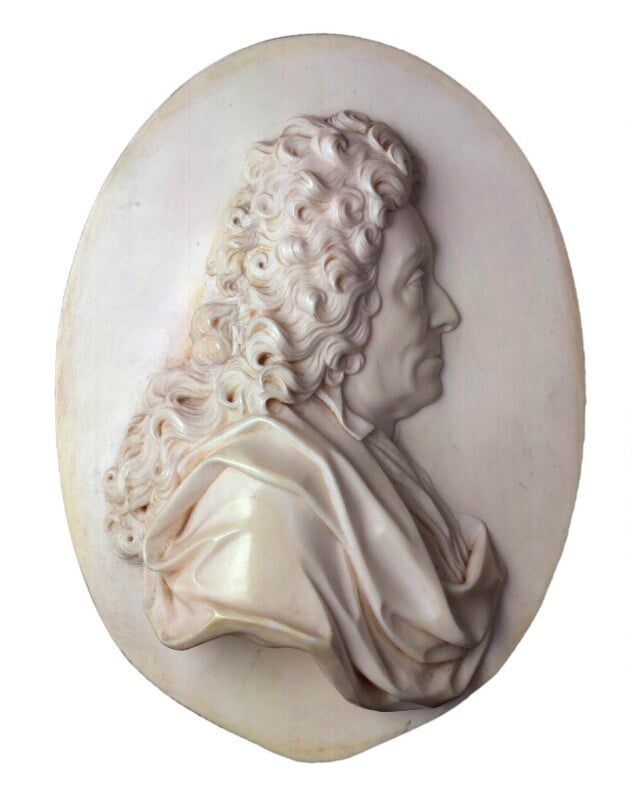 1 With title Numero Pondere et Mensura and arms as on Wren’s tomb in Westminster Abbey, described in C. Wren, Parentalia or Memoirs of the Family of the Wrens ..., 1750, p 232, as: ‘Argent, a Chevron between three Lions Heads erased Azure, on a Chief Gules three Cross-croslets Or.’