2 of 7 portraits of Joseph Wright 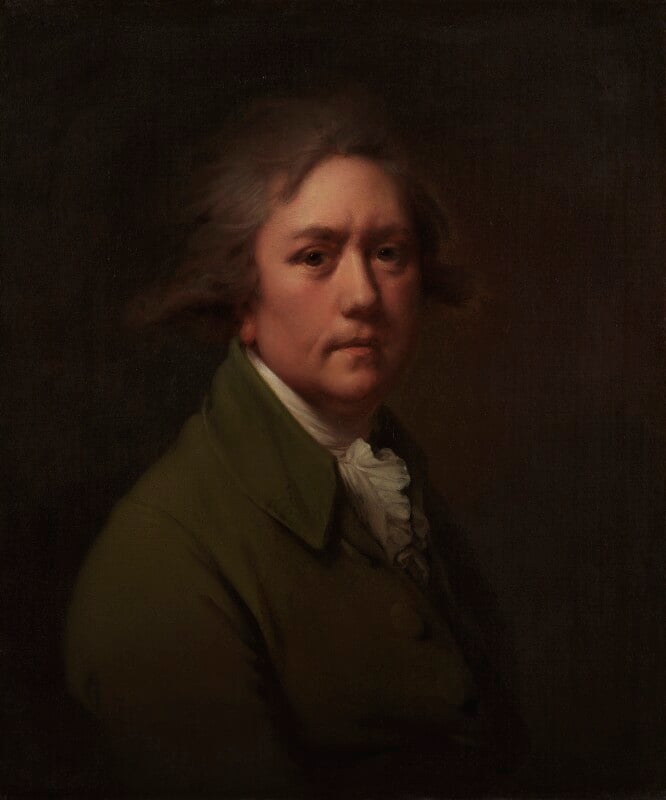 Although bland in execution and lacking a high degree of finish, NPG 4090 is evidently by Wright (the omission from Nicolson's 1968 catalogue apparently an oversight). Dated c.1782-85 by Egerton, according to the apparent age of the sitter, although it could be later, according to the cut of the coat and the shirt frills, [1] and the pose relates exactly to the ‘Yoxall’ self portrait painted for Wright’s friend Thomas Gisborne in 1793. The essential modesty of the portrait perhaps renders it unlikely that it was the ‘Portrait of an Artist’ exhibited by Wright in 1785 in Robins’s Rooms. [2]
A copy of one of these types was lent H. Fitzherbert Wright to the Wright exhibition at Derby 1934 (80).

[Probably the artist’s daughter Romana, who married James Cade]; bought from the Cade family by W. Wright Bemrose c.1900;1 his son, W. A. Bemrose, from whom purchased 1959.