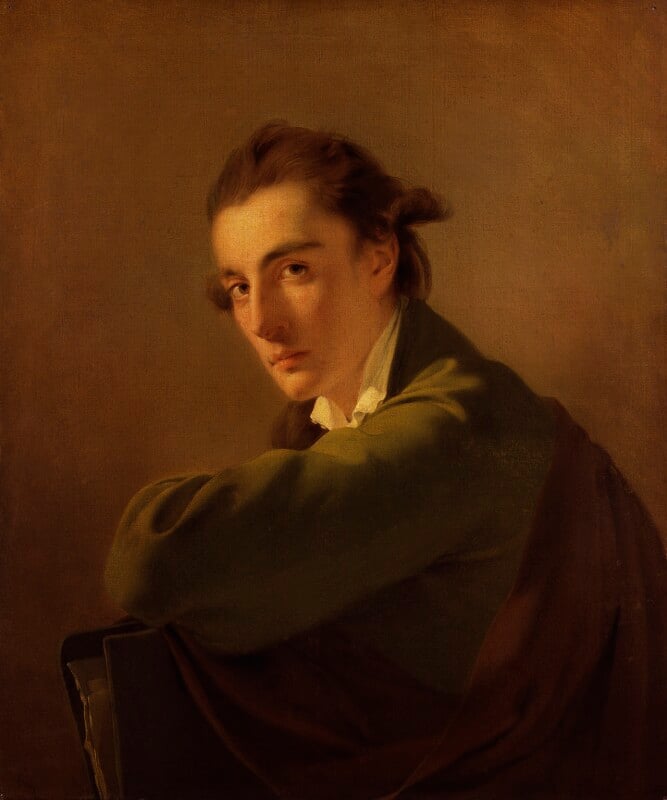 Label verso: Joseph Wright/1775/painted by himself at Rome/where he died.1

Evidently a self portrait of 1765-70, previously identified as Wright of Derby. [1] A copy was given to Derby Museum and Art Gallery by W. Wright Bemrose, a direct descendant of Wright of Derby [2]. If the sitter was an artist closely connected with Wright c.1765-70, likely candidates would be Richard Hurlston or William Tate, whose features, let alone their work, remain obscure. [3]

Deville; Deagostine;1 Gaetano Polidori; his son-in-law, William Michael Rossetti, by whom presented 1858 (as a portrait of Joseph Wright of Derby).

1 Names given by W. M. Rossetti in a letter to Scharf, 19 February 1858 (NPG archive): he wrote that the picture had descended from his father-in-law, Polidori, who had received it from a Signor Deagostini, who had it from a M. Deville ‘who is believed to have been a Hungarian’.