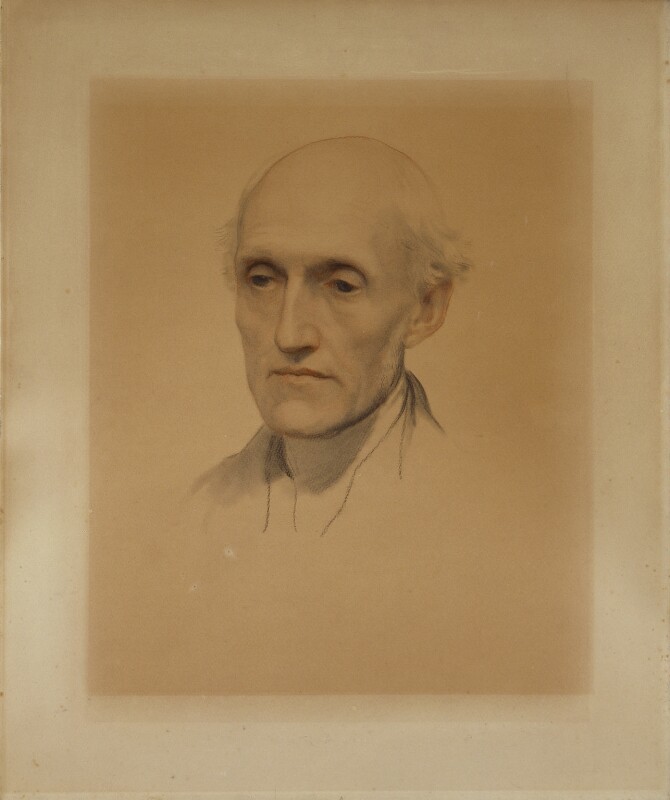 Inscribed on a label on the back in the artist's hand (referring to the RA exhibition): No 3. Thomas Wright/of Manchester/G. F. Watts/30 Charles Street/Berkeley Square

This drawing was used by Watts for the head of the 'Good Samaritan' in his second version of the picture of this title (Watts Gallery, Compton). The first version, which is similar in composition, but shows a different model, is in the City Art Gallery, Manchester, exhibited RA, 1850 (408), presented by the artist to Manchester in the same year as a token of his admiration for Wright. [1] Sometime after the presentation, Wright visited the artist's studio, 'bringing Mr Watts a thank-offering of six pocket-handkerchiefs. He also gave him the great pleasure of hearing that the presentation of that picture, having called attention to his [Wright's] work, had been already of great service to him. Seeing that the head of Wright was remarkable in its refined and spiritual beauty, he asked if it was possible for him to give a sitting of an hour or so; with the result that a drawing in black and red chalk - now in its place in the National Portrait Gallery - was made in the Charles Street studio, and there Wright is niched amongst men who have made their mark.' (M. S. Watts, I, 130-1).