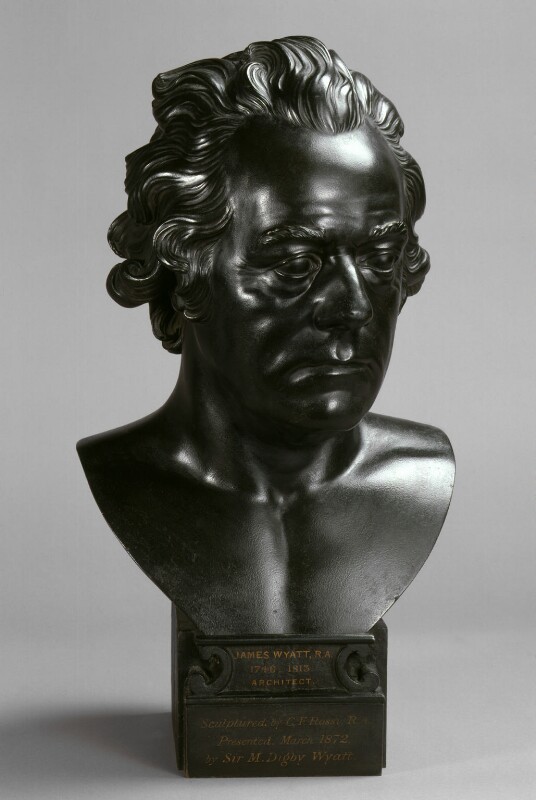 No record of a sitting for this bust has been found but it was almost certainly that exhibited at the RA in 1797 as no.1185 'Bust of an Academician' and identified as Wyatt by Algernon Graves using contemporary newspaper cuttings. A plaster cast in the RIBA is not incised. In a letter to the NPG accompanying the gift Matthew Digby Wyatt says: '… executed as I have every reason to believe by Rossi, the Royal Academician from whom Richard Wyatt the Sculptor (of Rome) received his first instructions in the Art. I bought the bust at the sale of the contents of the Studio of the late Matthew Wyatt the Sculptor son of James Wyatt - the bust is a fine work of Art full of spirit and of most refined technical execution. Indeed I do not remember to have ever seen a bronze bust executed in this country in which the chasing and surface treatment of the metal is more truly artistic' (letter to Scharf 13 March 1872 in NPG archive).

James Wyatt; his son Matthew Cotes Wyatt and bought at his studio sale in 1862 by a distant cousin, the architect Sir Matthew Digby Wyatt who gave it to the Gallery in 1872.