10 of 31 portraits matching these criteria: 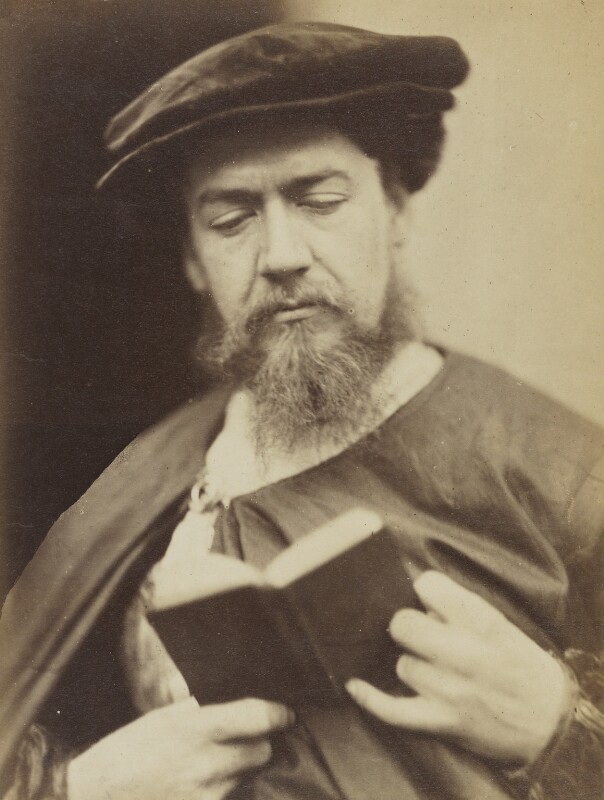 This photograph was created during the 1860s, evidently as part of Wynfield’s series of artists portrayed in historical and contemporary costume, many of which were released for sale from March 1864 under the title The Studio: A Collection of Photographic Portraits of Living Artists, taken in the style of the Old Masters, by an Amateur.

For his self-portrait, Wynfield chose a costume and pose that evoke the persona of a Renaissance scholar. Characteristically, the image is divided into distinctive blocks of light and shade, with additional visual interest in the observed action of reading. There is no record of the exact date or circumstances of the sitting. However, the delayed release mechanism on the camera had not yet been developed; the sitter would certainly have required assistance when operating the camera. As the framing is carefully composed, a skilled collaborator must have worked with Wynfield to produce this image, as well as a second costume self-portrait (see ‘All known portraits, Photographs, 1860s’) in which Wynfield posed bareheaded, profile to right, wearing a dark-coloured top with full sleeves gathered at the shoulder. On other occasions, including a summer visit to Hever Castle in Kent, Wynfield took a sequence of carefully posed group photographs of members of the St John’s Wood Clique in which he also appears (see ‘All known portraits, Photographs, c.1864’ and ‘1866’).

According to Henry Stacy Marks, Wynfield was ‘a very good and painter-like photographer. His series of heads of artists, in characteristic hoods, caps and bonnets, were quite new at that time in art.’ [1]

Victorian Worthies, Alexander Gallery, London, 1976 (1): it is not clear which of two known versions was exhibited.