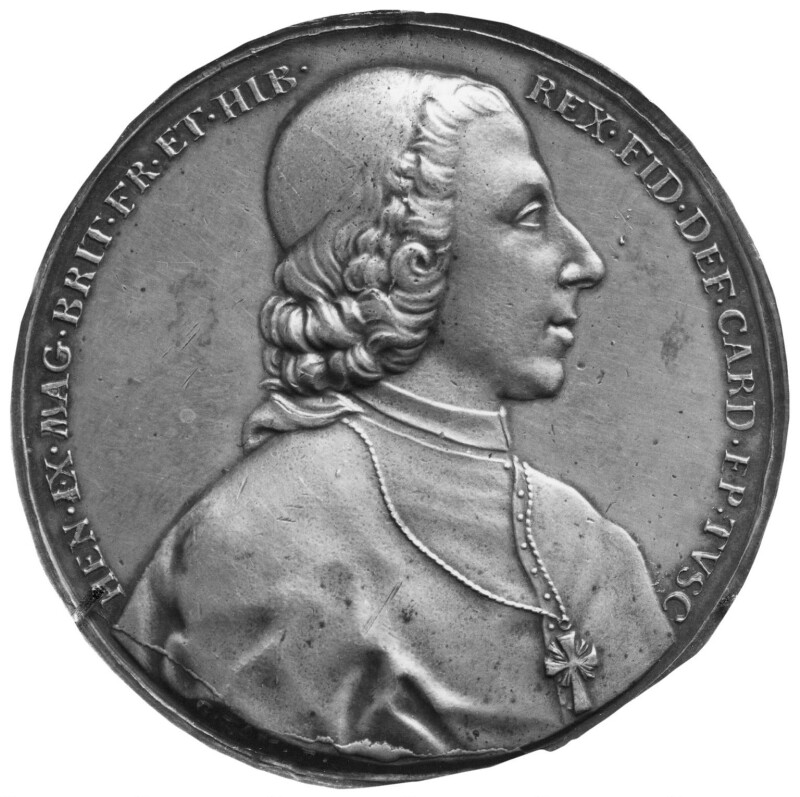 Obverse: Lettered round the rim: HEN·­IX·­MAG·­.BRIT·­FR·­ET·­HIB·­/REX·­FID­·­DEF·­CARD·­EP·­TVSC, the lettering interrupted by the head and shoulders. Signed on the cutaway: G.HAM.F. in smaller capitals.
Reverse: lettered round the sky: NON·DESIDERIIS·­HOMINVM·­SED·­VOLVNTATE·­DEI and dated beneath: AN.MDCCLXXXVIII.

Gioacchimo, fl. 1775-1800, was the last of the long line of Hamerani medallists who worked at the Papal Zecca for nearly two centuries. The medal was struck in the year of the Young Pretender's death and its iconography, suggesting the abandonment of all earthly things, is perhaps relevant.

Obverse: skull cap, mozzetta and pectoral cross.
Reverse: Religion holding the Bible and cross; a lion, a cardinal's hat and a crown at her feet; in the background St Peter's, the Tiber and Calvary.