22 of 92 portraits matching these criteria: 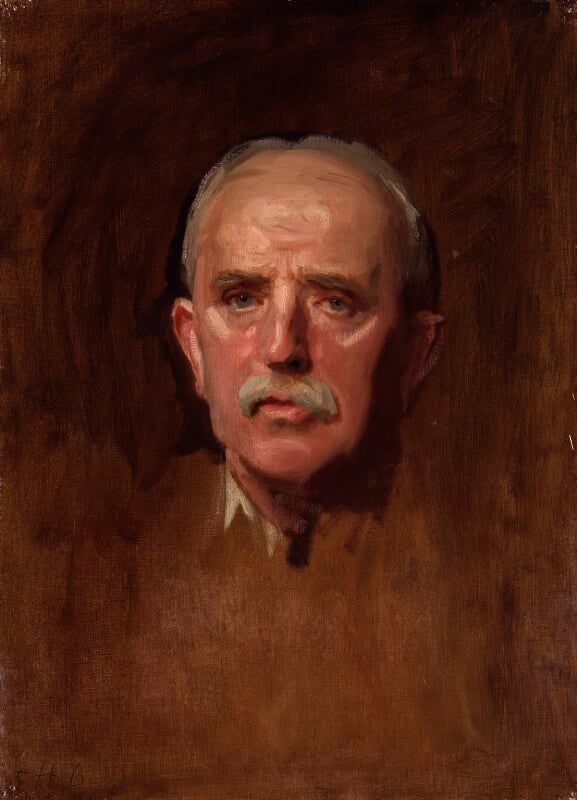 This work is one of a series of studies John Singer Sargent painted to prepare for his large group portrait, General Officers of World War I, which was commissioned by Sir Abraham (‘Abe’) Bailey and presented to the National Portrait Gallery, London in 1922. It is difficult to securely establish from surviving correspondence the dates and chronology of individual sittings, but a number of oil studies, this one included, are known to have been painted between 1919 and 1922.
In the final portrait, John French can be seen full-length, wearing a greatcoat and carrying his Field Marshal’s baton. He is placed just off-centre to highlight his importance as one of two Commanders in Chief on the Western Front. Some have suggested that French appears rather unhappy though, in both his study and final portrait, possibly because he never recovered from his dismissal from the Western Front in 1915.
Here in the study, Sargent has chosen to depict only French’s face and neck. Since the work is intended as preparation for the final piece, it appears that the artist has decided to use his limited time with the sitter to concentrate on capturing an individual likeness, rather than on representing the whole body. Sargent also completed full-length pencil studies of many of the figures, frequently annotating the works with the sitter’s height and including notes to work out the relative poses, so perhaps he felt it unnecessary to spend time doing the same in oil. Apparently Sargent enjoyed painting the individual sitters, but was worried by the prospect and consequences of bringing them altogether in one group.

Head only, with head and eyes facing viewer.

Given by Viscount Wakefield, 1934.