1 of 45 portraits by Johan Joseph Zoffany 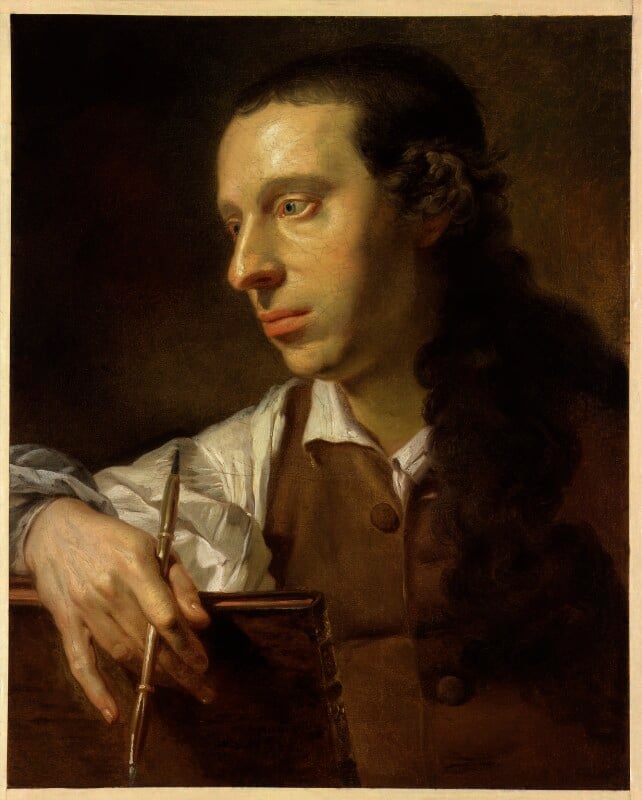 1 Under a binocular microscope this signature appeared within the original paint layer although it has been reinforced in places (note in the NPG archive 1985).

The identification of both artist and subject has been doubted, [1] and an element of uncertainty remains. The signature, however, appears original; the features sufficiently resemble those of the self portrait now recognised in Zoffany’s David of 1759. Pressly has observed that ‘the attitude of pensive introspection fits with the artist’s later self-projections’. A drawing, inscribed ipse pinxit 1761, conceivably a copy from NPG 399, was in the collection of John Lane in 1924. [2]