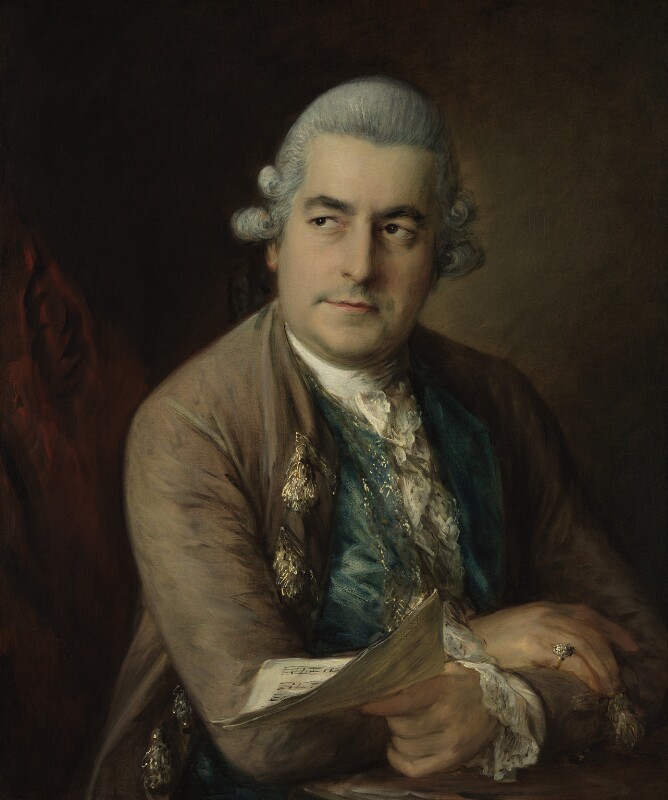 Gainsborough remained a close friend of Bach, even though the composer once described his bassoon playing ‘as the veritable praying of a jack-ass’, [1] and he helped decorate the concert rooms in Hanover Square jointly owned by Gallini, Abel and Bach. [2] Gainsborough’s portrait has been described as conveying excellently Bach’s ‘assured, confident, kindly’ character. [3]
NPG 5557 is an almost indistinguishable replica of the portrait now in the Civico Museo, Bibliografico Musicale, Bologna, [4] commissioned by Bach’s teacher, the composer and historian G. B. Martini. On 22 May 1776 Bach told Martini his portrait was already finished, but he did not send the ‘excellent portrait of myself by one of our best painters’ until 1778. [5] The delay may have been due in part to the painting of the replica, [6] as had happened with the portrait of Garrick, NPG 5054 - a portrait equally notable for intimate characterisation within a half-length format.