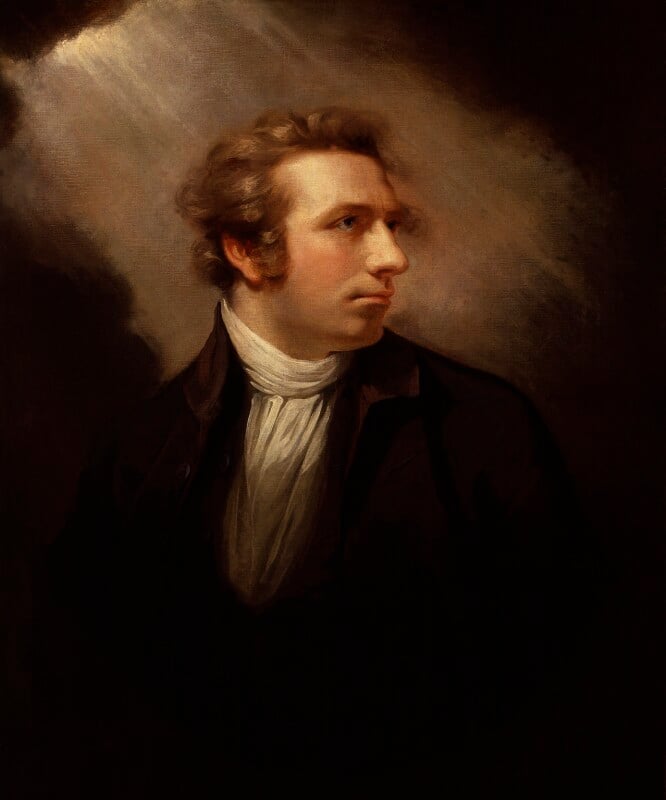 Northcote arrived in Rome on 23 May 1777 and very soon became friends with Fuseli who had been working in Rome since 1770. The Northcote MS Register of Paintings is missing for his years abroad 1777-9 (if he ever kept one) but the picture is clearly signed and dated 1778 and was finished before his return home in October. A profile sketch is mentioned by Stephen Gwynn (Stephen Gwynn, Memorials of an Eighteenth Century Painter, 1898, p 147) and an 1823 copy of the finished portrait is recorded.
In spite of their friendship Northcote's rather sour comment on his victim was 'Fuseli, whom I know so well, has a manner with him that never appears to me like that of a gentleman, but more like that of a Swiss valet' (Ernest Fletcher, Conversations with James Northcote RA, 1901, p 125). Leigh Hunt probably hit the nail on the head: 'conscious of not having all the strength he wished, he endeavoured to make up for it by violence and pretension. He carried this so far as to look fiercer than usual when he sat for his picture' (Autobiography, I, p 214).