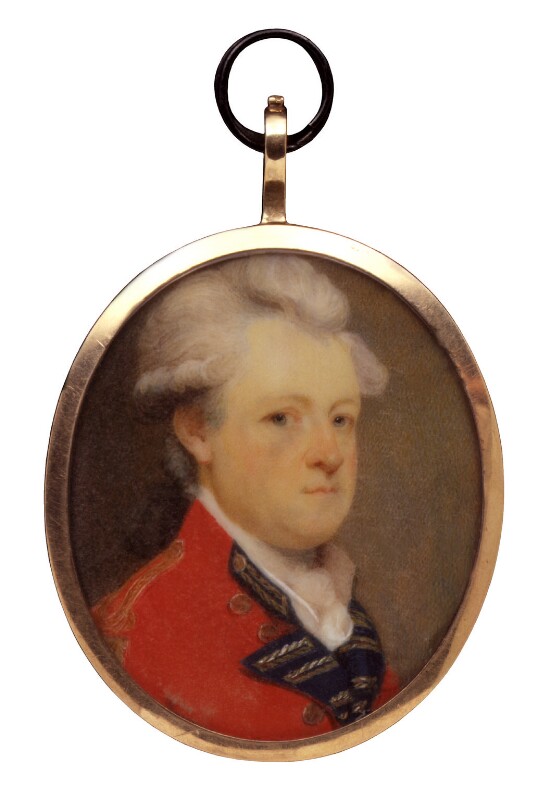 The back of the frame is incised WILLIAM 3RD EARL HARCOURT B.1743.D.1830., and the likeness has been copied from the Reynolds group portrait of 1780. NPG 5561 was sold in 1982-83 as by Richard Collins, an attribution which is stylistically possible but unproved.

Blue eyes, white powdered hair with a black ribbon, as colonel of the 16th Light Dragoons,1 wearing the red coat with blue facings and silver and gold trim, with brass buttons and gold epaulette.

1 With the distinctive split fringe to the epaulette, cf. Journal for the Society of Army Historical Research, XXXVI,1958, p 33.