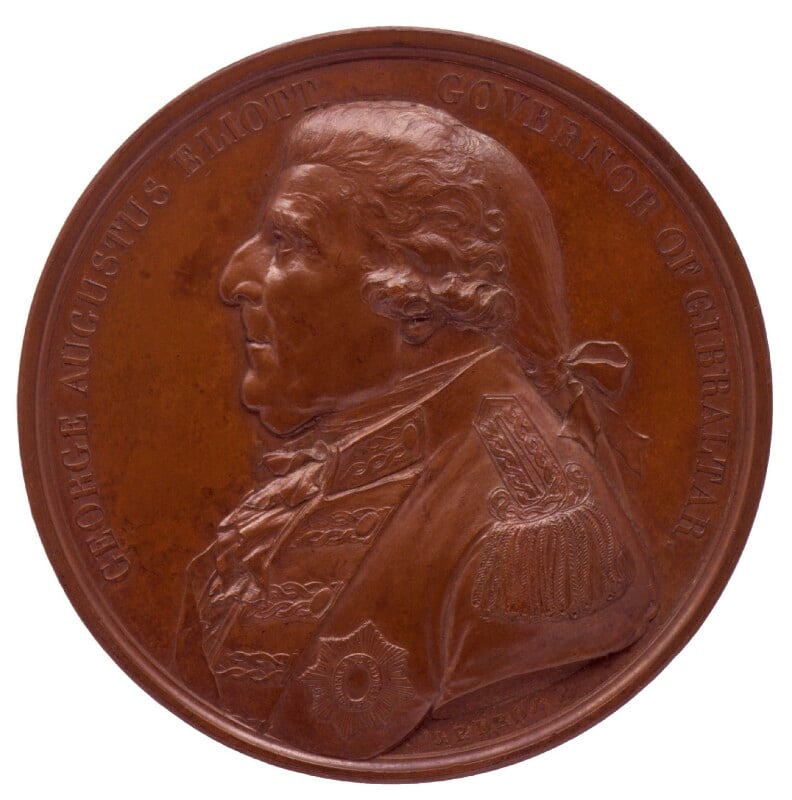 Eliott had returned to England from Gibraltar in June 1787 [1] and Droz arrived in London in September to stay until 6 October. [2] By 3 October Lord Heathfield (as he had become) had sat four times to Droz who had made ‘a sketch’ and on 22 October Droz wrote from Paris that the portrait was finished, meaning probably that he had made a satisfactory wax model. A year later, in October 1788, Droz called on Lord Heathfield in London and found his portrait a close resemblance. Droz’s wax model of the head belonged to Matthew Boulton in 1790 and it appears that the medal may not have been cast until 1816-20.

1) His last letter from Gibraltar was dated 21 May 1787 and on 6 July he was created Baron Heathfield.
2) The following account is entirely taken from J. G. Pollard, Numismatic Chronicle, 7th ser., VIII, 1968, pp 263-64 (largely based on correspondence between Droz and Matthew Boulton).