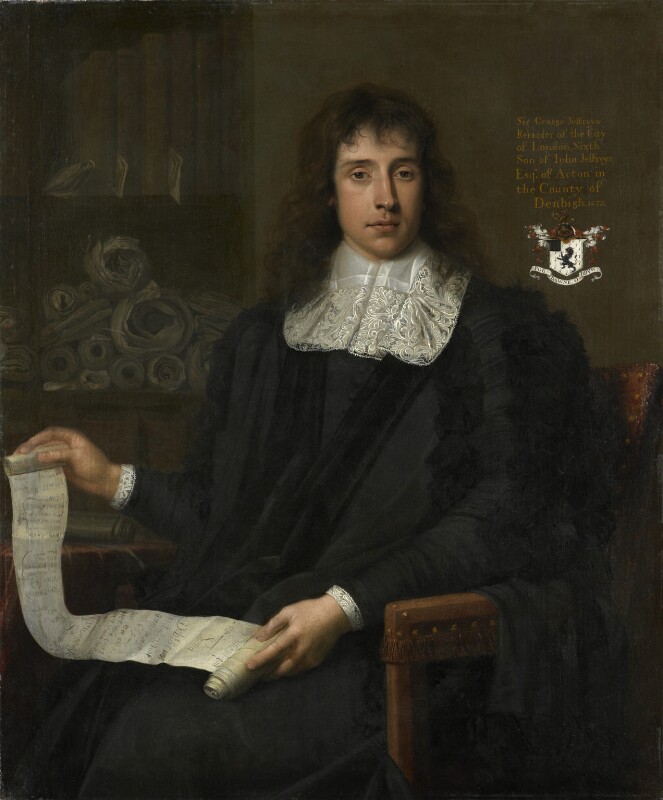 1 Approximately ‘all talent comes from God’ (I am grateful to David McNeff for this advice). The 1686 engraving by R. White after Kneller showing Jeffreys as lord chancellor has POB DAVN O DDVW.

The earliest known portrait of Jeffreys, showing him aged twenty-eight, dressed in the black robes of a serjeant-at-law (serviens ad legem). According to the provenance it was evidently painted for the sitter or his family.
In 1675 Wright was completing a commission from the City of London to paint twenty-two whole-length portraits of the Fire Judges for the London Guildhall, [1] indicating his close involvement with legal patronage at this time.