5 of 36 portraits of John Locke 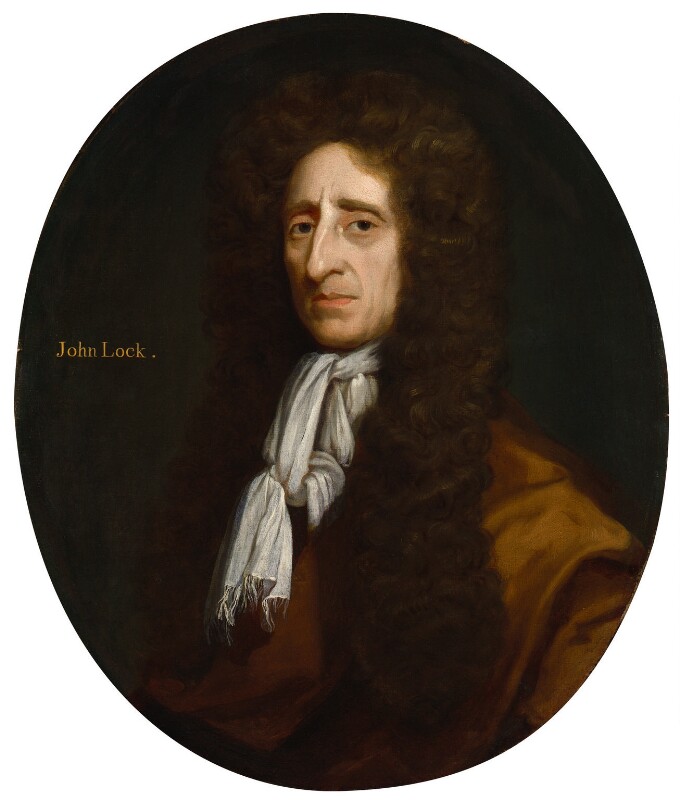 See NPG 114.
Acquired framed together with a portrait (by another hand) of the Dublin scientist William Molyneux, Locke’s close friend from 1692, see NPG 5386. According to the inscribed date on NPG 5385, it may be identified as the portrait painted for Molyneux in London in August-September 1696, an episode described in the Locke correspondence without mentioning the artist’s name.
In June 1696 Molyneux in Dublin asked Locke for his portrait, proposing to send a young gentleman called Howard [1] only to ‘look on you’ and ‘afterwards to look on a Pictur of yours which I hear is at Mr Churchils’; [2] if Churchill’s picture is ‘like you’ then Howard will borrow it and have it copied, saving Locke the trouble of sitting, otherwise ‘I shall trouble you to sit at your Leasure … for such a Hand as Mr Howard shall procure to take your Picture’. [3] Howard had called on Locke by 4 August. [4] The portrait was finished by 12 September 1696, [5] and was finally received from Howard by Molyneux on 6 April 1697. Locke had not apparently been saved from the trouble of sitting, as Molyneux particularly thanked him for ‘the Many Idle Hours you spent in Sitting for it to gratify my Desire’. [6] If the identification of this portrait as NPG 5385 is correct, Molyneux was being exaggeratedly polite, since there are only minor variations (in the stock, drapery and wig) from NPG 114.

William Molyneux; by descent to Mrs C. C. Molyneux of Trewyn, near Abergavenny, by whom bequeathed 1981.