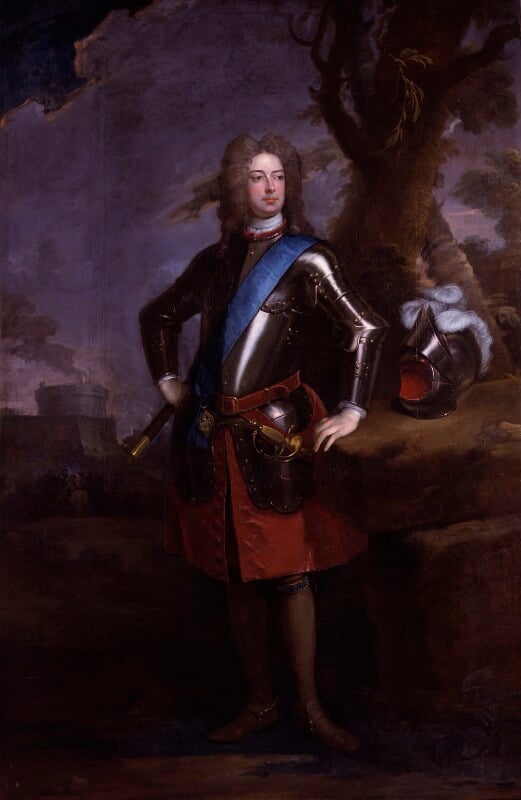 Head and pose relate closely to NPG 553 and the elaborate make-up of the canvas suggests NPG 5470 was a studio extension of that pattern. The inscribed date of 1700 would imply that the Garter was added.