2 of 17 portraits of Thomas Pelham-Holles, 1st Duke of Newcastle-under-Lyne 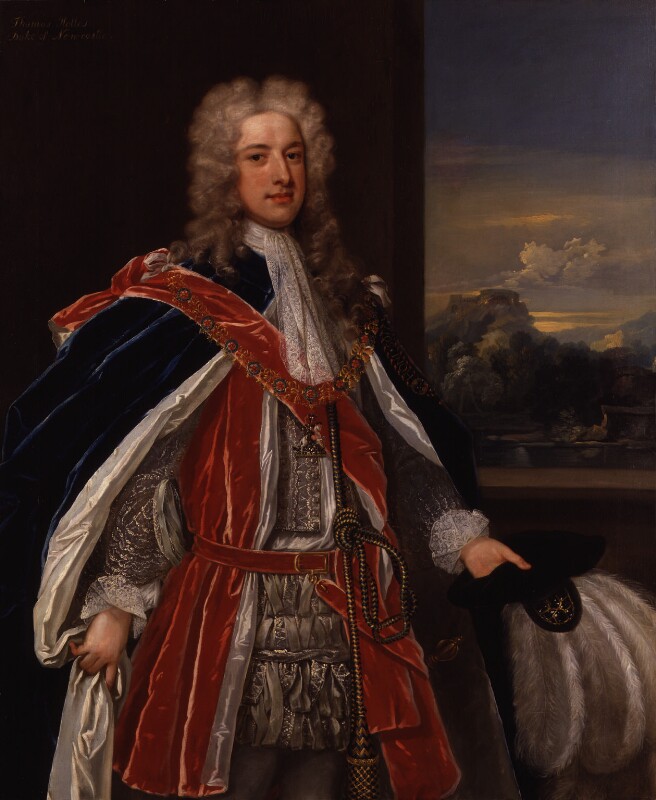 Wearing the ceremonial dress of a Knight of the Garter, an Order to which Newcastle was elected in 1718. The rather awkward ending of the composition along the bottom edge and the unusual dimensions suggest it may have been reduced from a whole-length composition. Judging by the resemblance of the face to that in the Kneller NPG 3215, this portrait also may be dated c.1721. It was sold in 1983 as by James Worsdale, but it may also be compared with whole-lengths of Newcastle [1] and the 2nd Duke of Montagu at Boughton, both attributed to Jervas.