1 of 4 portraits of Sarah Trimmer 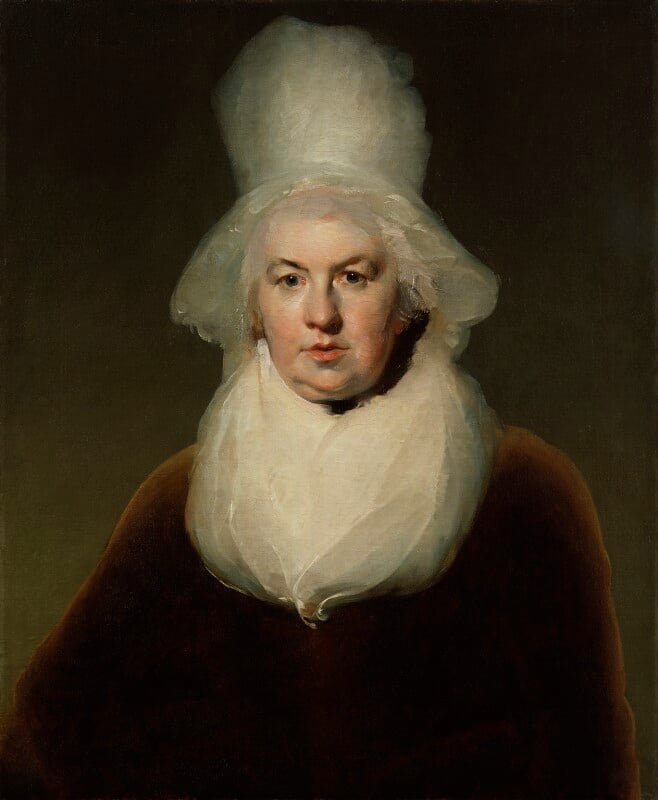 Mrs Trimmer's published journal unfortunately ends in 1797 but in any case it is unlikely she would have mentioned, amid the welter of self-abasement, anything as worldly as a sitting with Lawrence. Sir Walter Armstrong, Lawrence, 1913, p 166 places the sitting at about 1800, Kenneth Garlick, ‘Catalogue of Paintings, Drawings and Pastels of Sir Thomas Lawrence’ in Walpole Society Journal, XXXIX, 1964, p 187 prefers the early 1790s. Her apparent age of about 60 would favour the region of 1790. The severity of her expression suggests the years 1791-2 when she lost a daughter aged 5, a son of 16, her father aged 88, and her husband James Trimmer suddenly early in the morning (Journal, 22 May 1792). She appears in mourning habit in an engraving of 1798. Oliver Raymond's sale catalogue of 1889 states that 'The picture was taken from Sir Thomas's house in Russell Square when he died, and purchased at the time by the late Mr Raymond. Mrs Trimmer was an old friend of the artist and used to visit him in early life. The dress of the portrait suggests an air of age which the fashion of that time was wont to give …'. There is no mention of the portrait in Lawrence's executor's list.