2 of 27 portraits by Sir Gerald Kelly 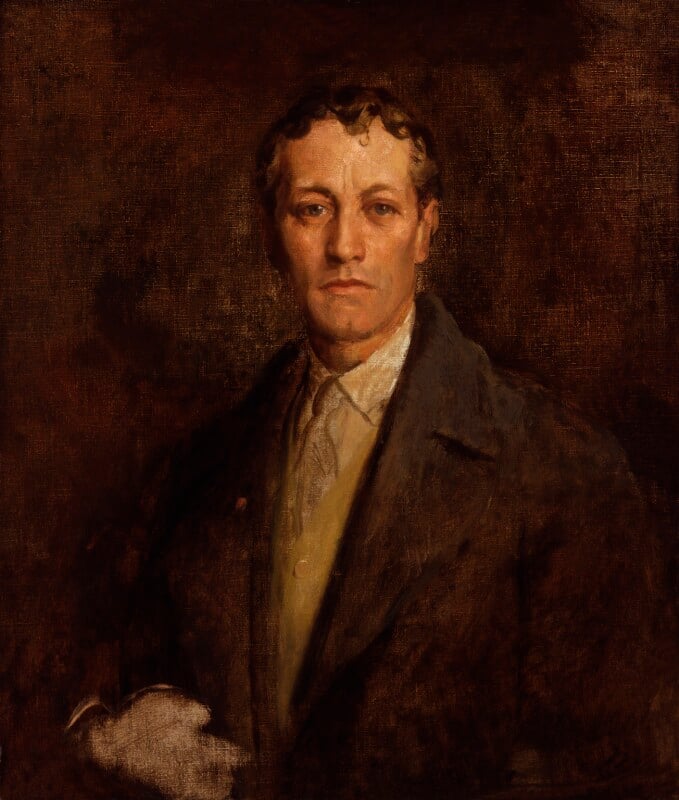 For a handsome actor with an ardent following, Lewis Waller was much photographed, but little painted; so this portrait by Gerald Kelly, even in its unfinished state, occupies a special place in his iconography.

It seems that the paths of the young Kelly, Paris-based between 1901 and 1908, and Waller the veteran actor, might never have crossed, still less resulted in a commission, without the help of a third party, in this case almost certainly the writer Somerset Maugham, a friend of Kelly’s in Paris.

Kelly first painted Maugham in 1907. [1] The following year was an annus mirabilis for the writer with, at one point, four plays showing simultaneously in London. One of these was The Explorer, a work he had long struggled to get performed. Eventually Waller, as manager of the Lyric Theatre, agreed to take it and play the lead role. [2] The play opened on 13 June 1908 but, panned by the critics, it closed after just forty-eight performances.

In spring 1908, on the rebound from a love affair, Kelly left Paris. ‘A friend – actually, Mr Somerset Maugham – advised me to take a nice long journey … I had seen some snapshots of Burmese dancers, and so, with the sublime spontaneous stupidity of youth, I just went off to Burma.’ [3] In fact Kelly undertook several portrait commissions in London before leaving for Burma. One of these was to paint Waller; a sitting took place in the artist’s Camberwell studio on 16 September. [4] The actor – at this point playing Henri de Lagardère in The Duke’s Motto – posed in informal private dress. The head is fairly worked up, the body just sketched in with the right hand unattempted or ‘sanded off’; [5] Kelly was known to have difficulties with hands in his early career. [6] It is unclear how many sittings took place; in any case, by late November the artist had arrived in Burma.

The canvas remained with other unclaimed studio effects until the Kelly studio sale at Christie’s in 1980. [7] When it was offered a second time, on 15 March 1985, lot 297, still unvarnished and grubby with the ‘dense surface dirt’ [8] of decades of storage, it was bid for and acquired by the National Portrait Gallery for £819, its value recognized as a rare portrait of Waller in private dress. [9]