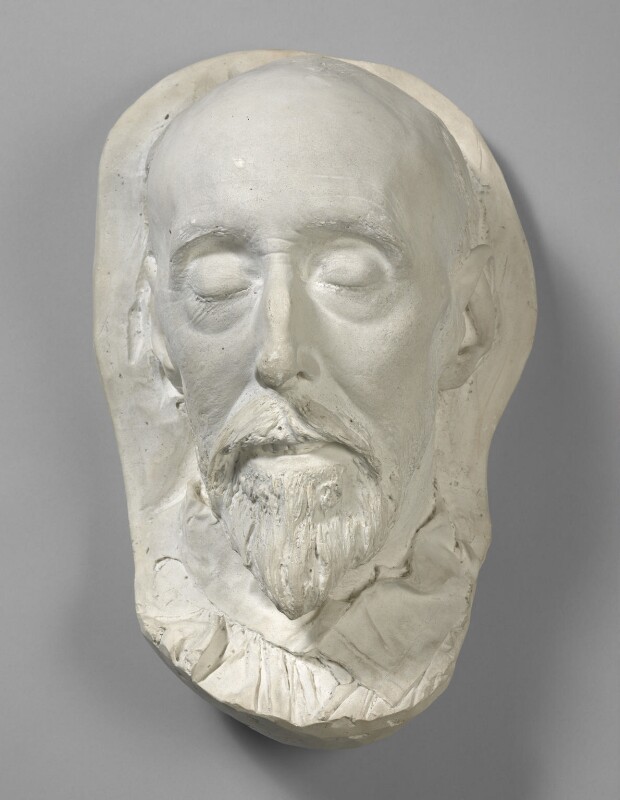 Watts died on 1 July 1904 at 6 Melbury Road, Kensington, after three weeks suffering from acute pneumonia and a weakened heart. Among his carefully recorded last words were the statement ‘I am not frightened. I don’t believe in the powers of darkness. I believe in the Everlasting Light,’ and the following:

I saw the breath of the Creator acting on nebulous matter so that agitating waves and revolving lines flow from this in all directions, and yet I saw that in all this violence and convulsion there was a restraining Force. The converging lines were evolution and the apparent conflict was a necessary part. Last night I was in one of those spaces where collision had not taken place, all was clear and splendid. Now I see that great Book. I see the great light.’ [1]

His wife Mary wrote, ‘Can we ever forget his face. So beautiful, spiritual, enraptured.’ [2] In the final hours, Mary read Tennyson’s ‘In Memoriam’ aloud, and Watts called repeatedly on ‘the Messengers of Death’ to come for him. [3]

On 2 July, the 10th Earl of Wemyss and March, lifelong friend and patron, whom Watts had met in Italy in 1843, instructed sculptor Henry Poole to have casts taken of the artist’s head and hands, and under the supervision of sculptor Alexander Fisher the task was entrusted to a plasterman named Enrico Cantoni; he may have specialized in death masks, or assisted with the latest amendments to Physical Energy alongside Fisher. [4] The following day the body lay in state in the studio, and on 4 July was taken to Brookwood Cemetery for cremation.

A second cast is in the Watts Gallery, Compton, together with the cast of Watts’s hand and one of the clasped hands of himself and his wife. The present work appears to be a cast formerly in the possession of his widow and the Watts Gallery.

Face only, after death.