5 of 142 portraits of King William III 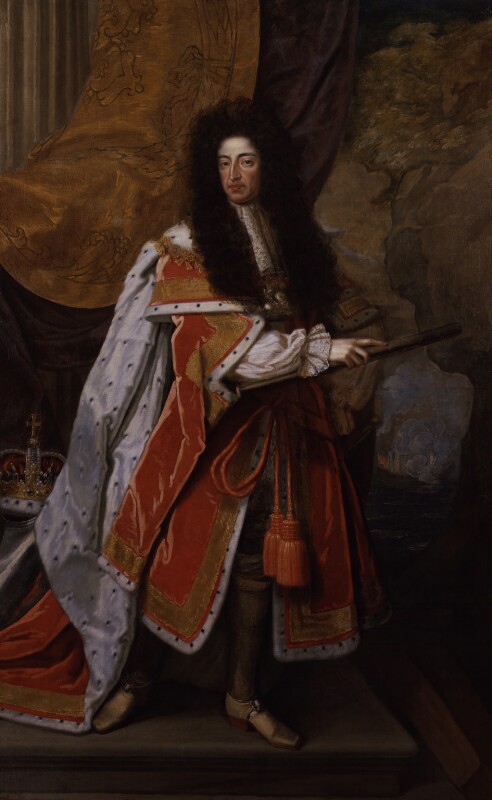 NPG 5496 was originally acquired for the frame, the face having been crudely overpainted to resemble Charles II, but cleaning in 1981 revealed William’s unmistakeable features. The composition matches the whole-length by Murray acquired by the Middle Temple in 1725, [1] although the wig is longer and the setting differs in detail - crown and armour lie behind him and the damask drapery in the background swirls in another direction.
Murray copied Kneller’s 1690 coronation portraits of William and Mary for the Merchant Taylors’ Company in 1697 [2] and for the Fishmongers’ Company.

Purchased from Lady Weir ‘for the reference collection’ in 1944; transferred to the primary collection 1982.