5 of 393 portraits matching these criteria: 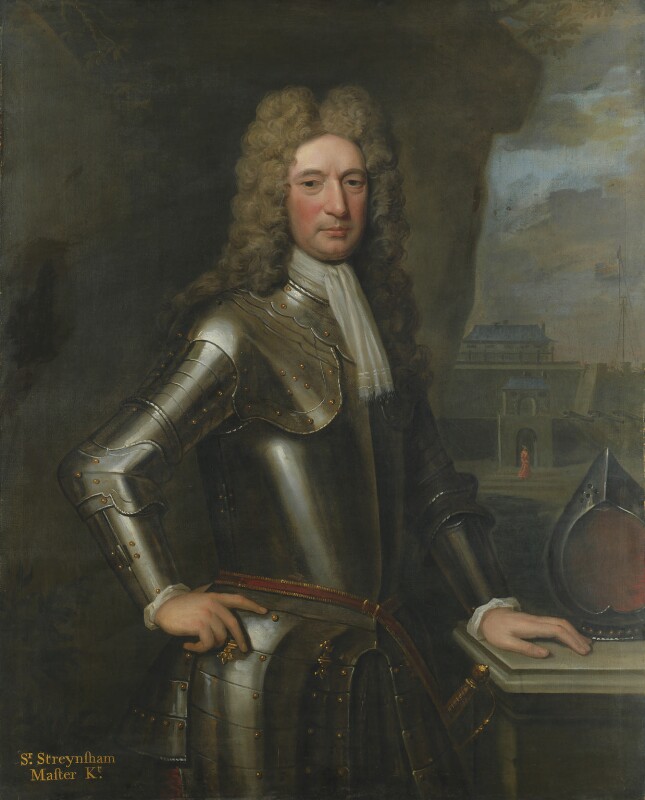 An invoice in the Master MSS from Charles d’Agar for a half-length portrait of Sir Streynsham (and for a three-quarter and a half-length of his wife), dated 1714, was in family possession in 1911. [1] D’Agar is a plausible attribution for NPG 6107. [2]
A reduced copy belonged to the Rev G. Streynsham Master of Croston in 1887. [3]

1 Who wrote to the NPG (30 November 1990) saying her son had returned from sea ‘about twenty years ago’ and was told of a Devon sale where the portrait appeared, very dirty, but inscribed Streynsham; her son took it to York where he had it lined and cleaned by Gadsby’s.