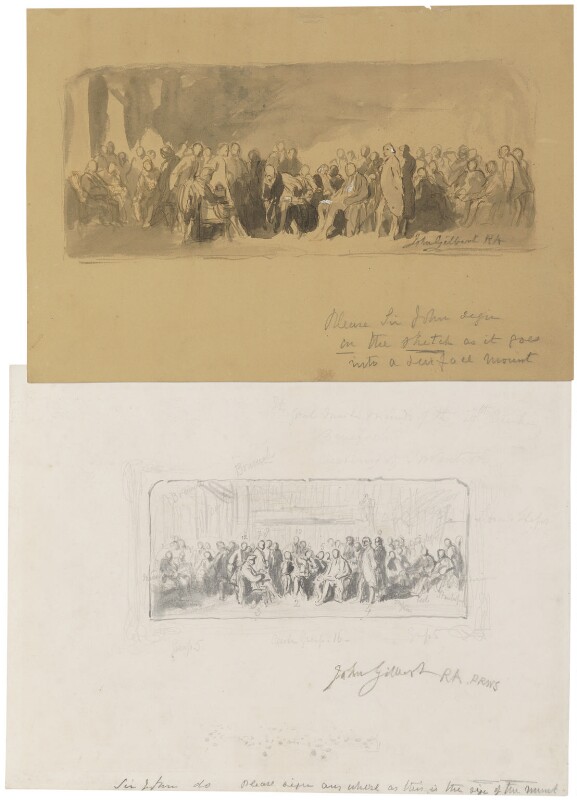 Two preliminary sketches for NPG 1075:
(1) Grey wash on buff paper, laid down, 24.4 x 35.3 (9½ x 13 7/8), signed: John Gilbert RA and inscribed: Please Sir John sign on the sketch as it goes into a surface mount.
(2) Pencil on off-white paper 27.6 x 36.5 (10 7/8 x 14 3/8), signed: John Gilbert RA. PRWS and inscribed: Sir John do please sign any where as this is the size of the mount. It is also annotated faintly at the top: The Great Master Minds of the 19th Century/Century of Inventors, and along the bottom: Group 5 Centre Group 16 - Group 5 and to right: Library Steps. Numerals are written in up to 12 together with the names from left to right: Maudsly, Brunell, Bentham, Bramah, Beaufort, Crompton, Cartwright, Peel, Stanhope, Fourdrinier.