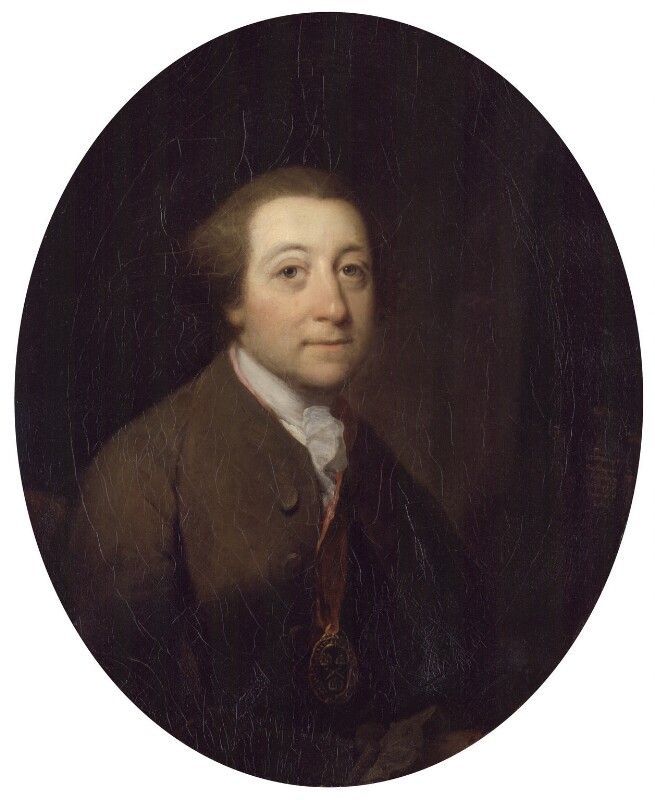 The execution proved a little difficult. On 20 June 1758 Whitehead told his patron Lord Harcourt, who had commissioned the portrait: ‘I finished sitting at Wilson’s before I came out of town, & the picture seems to me very easy, & amazingly like. He is pleased with it himself, & intends to take great pains in the colouring, &c. He is quite confident that you will like it’. [1] Back in London on 4 November Whitehead wrote again to say that he had called on Wilson: ‘what he has done to the picture I cannot tell, but the likeness is considerably lessened. If I have time I am to give him a sitting before your Lordship comes to town’. [2] A week later Mason was writing to Harcourt: ‘I saw Whitehead’s picture when I was in Town, but it must not go out of Wilson’s hands till I see it again, I want several touches about the mouth, &c., & the whole is a tame likeness at present’. [3] Seven months later Whitehead told Harcourt that ‘Wilson has made some alterations in my picture, which Mason said were much for the better’. [4] Eventually Harcourt, at least, appears to have been satisfied with the portrait, for on 16 September 1760 Whitehead wrote to him: ‘I am glad to find travelling agrees with my picture, I always thought the features like, but the result of the whole not so, perhaps the light you have placed it in is advantageous to it’. [5]
Previously mistakenly attributed to Richard Wilson. [6]

Grey eyes, brown hair, wearing a brown suit and the ribbon and badge of the Bath; seated in a red chair; four books, one lettered: Wm. Whitehead Esq./Poet Laureat./Register &/Secretary of ye./Order of ye./Bath.