2 of 26 portraits of Leopold I, King of the Belgians 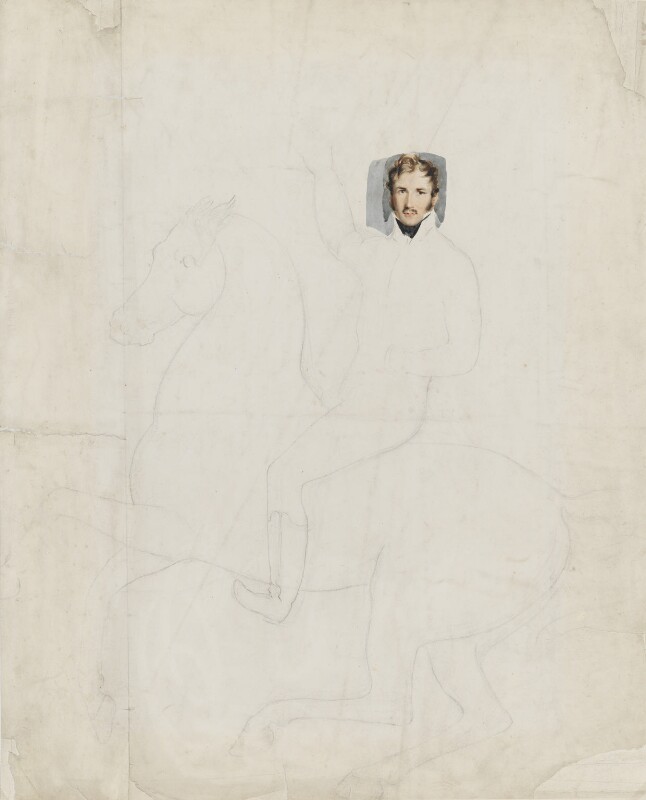 Although the drawing was acquired as an unknown officer among the portraits of British officers painted by Heaphy in 1813-14 in the Peninsula, it is clearly of Prince Leopold and made two or three years later, at about the time of his marriage to Princess Charlotte. The same head was used in a watercolour drawing of the same size in the Belgian Royal Collection (Chateau de Ciergnon), whole-length standing in an armoury, signed and dated: T. Heaphy 1816, and exhibited 'Leopold Ier et son Regne', Brussels 1965-6 (40) as by George Hayter. This is the pair to Heaphy's drawing of Princess Charlotte at Badminton, see NPG 1914(19). Their engagement took place in London early in 1816 and they were married on 2 May 1816.

Whole-length on horseback to left, head facing in watercolour (dark brown hair and moustache, brown eyes, aged about 25), his body and the horse outlined in pencil.