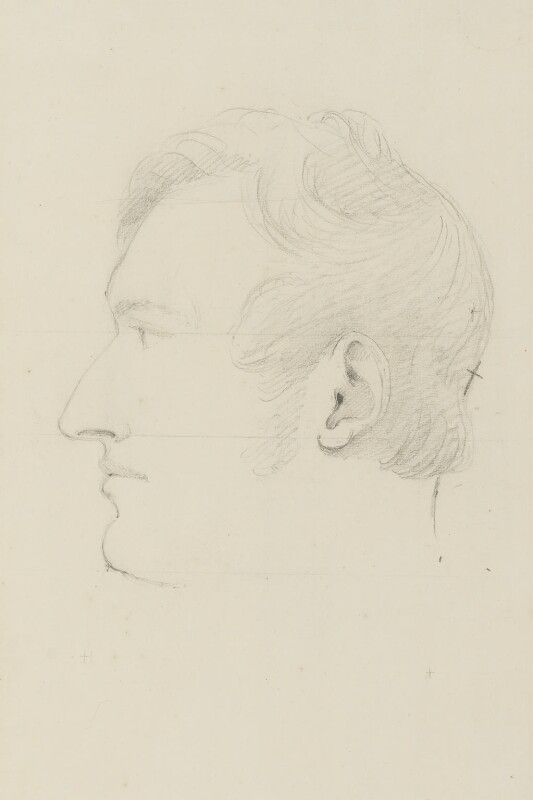 Marked with guide lines and crosses.

Sir Francis Chantrey’s Ledgers of Accounts (p 55) record an entry of 1817: 'Rec'd an order from Sir Stamford Raffles late Governor of Java to execute his Bust in Marble', £126 paid 17 October 1817. The plaster model is Ashmolean Museum (622-110). An undated marble bust attributed to Chantrey is in the Raffles Institution, Singapore, engraved by Cousins as frontispiece to the Memoir by Lady Raffles; a marble copy by E. Roscoe Mullins is in the Zoological Society of London.

Profile to left and full face on verso, previously catalogued as ‘Unknown Man’ but sufficiently like Ashmolean 110 and marble busts in Singapore and Royal Zoological Society to justify the alteration.