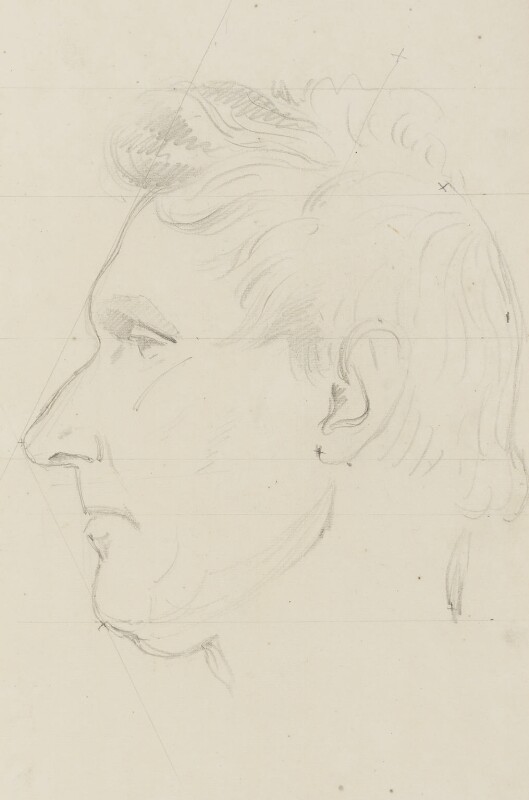 For further information on the bust itself see NPG 649. Chantrey's camera lucida drawing NPG 316a(100), previously catalogued as John Rennie, is surely of too young a man and more likely to represent one of his sons, probably Lieutenant William Rennie, Royal Navy.

Profile to left marked with guide lines and crosses, previously catalogued as ‘Unknown Man’ but sufficiently like Chantrey’s marble bust 1818 (NPG 649) to justify the alteration.