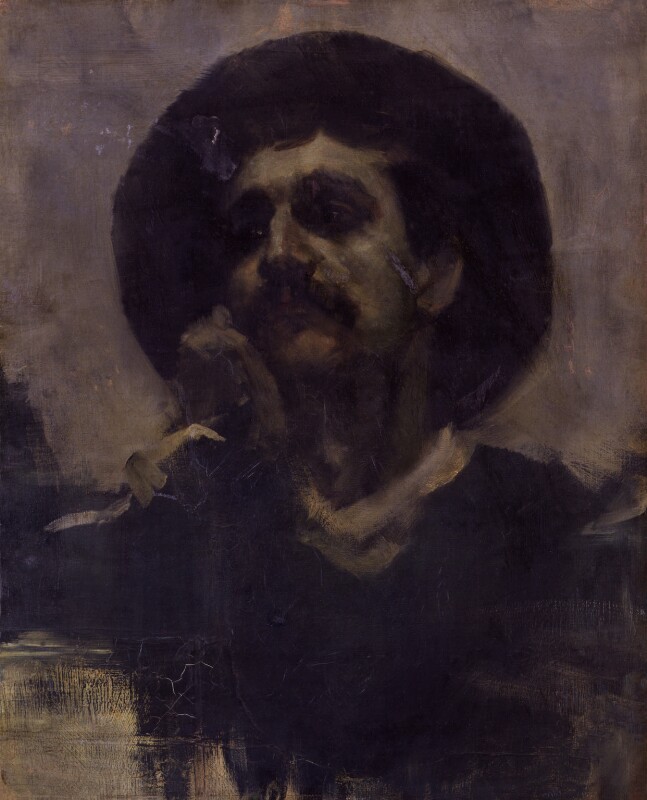 This is a rare and otherwise undocumented self-portrait by a painter known for vivid seascapes, in which he presents himself in the character of vagabond artist or perhaps muleteer. It was presumably executed in Moore’s youth, before he acquired the thick dark beard seen in photographs, and possibly during or after his visits to France and Switzerland in the mid-1850s. Only the features are carefully worked, the hat, ear and even hand being loosely sketched. The surface is damaged and abraded in small areas. Virtually nothing is known of the two men named as previous owners, [1] and the circumstances of its accession are obscure.

1) James Matthews may have been the minor painter listed in the index of the Witt L., Courtauld Inst., London.