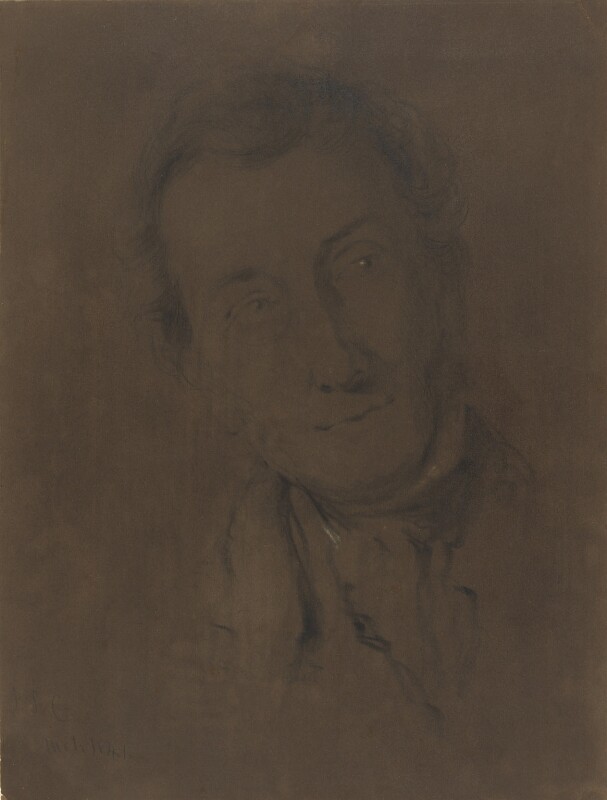 The provenance of this drawing is fairly convincing and was recounted in a letter from Geoffrey Barker who saw it at the Gallery in 1931: 'The drawing was one which belonged to my Grandfather, Sir Inglis Palgrave, and hung for many years in my bedroom at Henstead Hall, Suffolk, when he lived with us. Shortly after his death in 1919 it was sold by my Mother through Boswell of Norwich. It came to my Grandfather from his Grandfather Dawson Turner or his mother Lady (Frances) Palgrave. Sir Inglis Palgrave had known it since he joined Dawson Turner at the Old Bank in Yarmouth about the year 1843, so that its story is pretty complete!' (letter dated 12 March 1931 in NPG archive).
It was later acquired by Sydney Kitson who described it at some length in his book: 'In this portrait the fine head with its well-chiselled features suggests the alertness of his outlook, but the wistful eyes, seemingly haunted by the dread of madness, tell another tale' (Sydney Kitson, The Life of J. S. Cotman, 1937, p 352). It was at one time believed to be a self-portrait through a mis-reading of the initialled signature of his son John Joseph.

Dawson Turner; his grandson Sir Inglis Palgrave; sold by his daughter Mrs Barker at Boswell's auction rooms Norwich; V. H. Shepherd of Knaresborough and offered by his widow to the NPG in 1931; refused by the Trustees, offered to the Castle Museum Norwich, refused and finally bought by Sydney Kitson who bequeathed it to the NPG in 1939.