5 of 72 portraits matching these criteria: 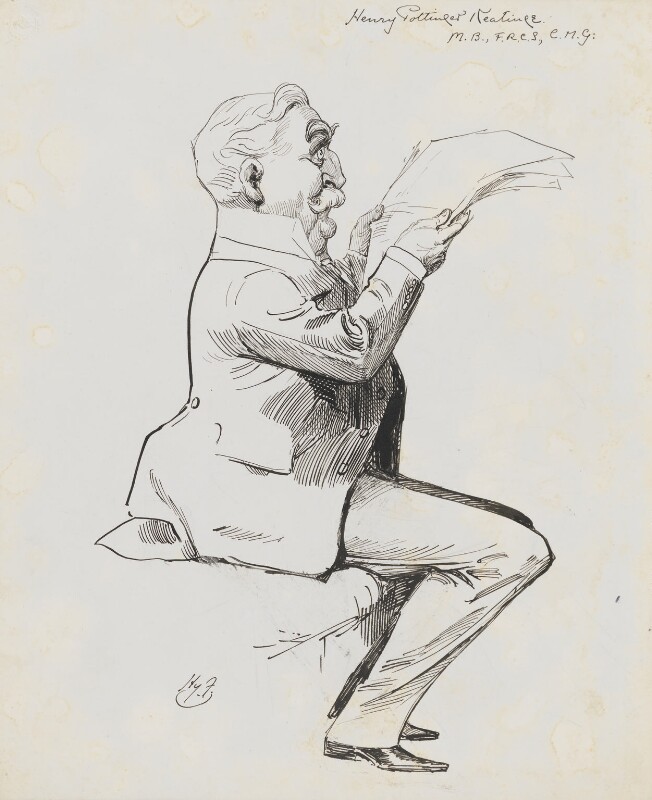 This expressive caricature, giving a vivid impression of a vigorous ‘old buffer’, is one of the artist’s many accomplished sketches of men in public life, typically drawn in London’s clubland. Both sitter and artist were members of the Garrick Club, and this sketch was drawn for and published by Harry Furniss in Garrick Gallery Caricatures (c.1913-16), with 130 comparable images of Club members. The inscription giving the sitter’s name indicates that it was drawn after Keatinge was decorated CMG in 1913, and it could date from the months he was in Britain following the announcement in the Birthday Honours that year. [1] At this date Keatinge was aged 52, while the caricature depicts a rather older man, albeit with a thick head of hair, so it may possibly have been drawn during a later visit to Britain. Stylistically it can be compared with the portrait of Sir George Anderson Critchett (NPG 6251(13)).

This work, which appears to be the only recorded likeness of Keatinge, came to the Gallery with 70 other drawings by Furniss, initially placed in the Reference Collection before being transferred to the Primary Collection in 1994.