6 of 72 portraits matching these criteria: 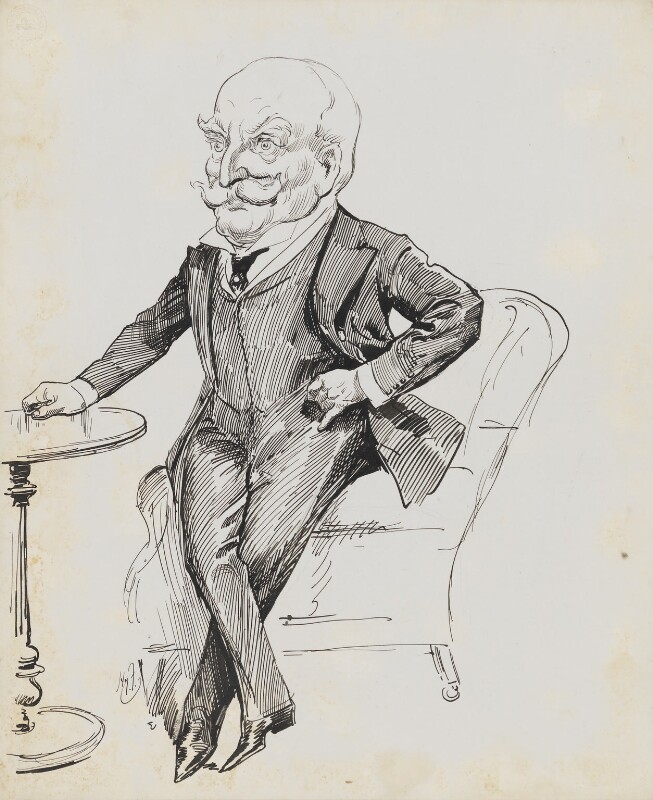 This vigorous caricature, emphasising Rees’s eyebrows and matching moustache and showing him perched on the arm of an easy chair, underlines his restless, energetic manner. In addition to his professional achievements, he was an excellent sportsman who became

a first-class golfer of international standing, and still later he took up big-game hunting with equal success. The account of his visits to Africa reveal [sic] in a striking manner his multifarious interests. His expert surgical craftsmanship would be in demand for the local celebrities and native chieftains; his wise counsel would be sought on the question of providing new hospitals, and at times he gave generous financial assistance for their construction. Furthermore, he acquired extensive business interests there, in the form of coffee estates in Tanganyika [now Tanzania] and salt mines in Nyaza [now Malawi], and these proved very successful ventures. [1]

It was one of 130 humorous likenesses of fellow-members of the Garrick Club in informal poses drawn by Harry Furniss for inclusion in Furniss [publ.c.1913–16]. was knighted in 1916, and by this date was in his mid-fifties.

This work came to the Gallery with 70 other drawings by Furniss, initially placed in the Reference Collection before being transferred to the Primary Collection in 1994.